Is that a ball in your pocket… 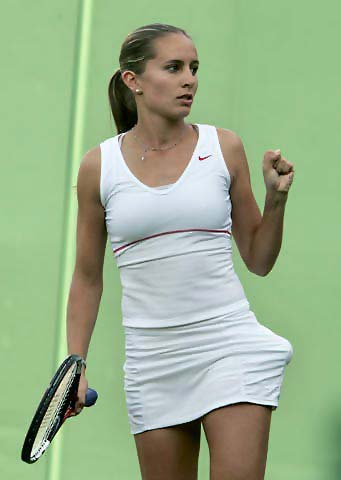 It’s always with a massive rush of euphoria that we hear from a member of the growing Interestment family, so when Rory got in touch this morning, we damn near fainted with joy. Here’s his tennis update…

Day three and Wimbledon found a new sweetheart. Against the shrieking Sharapova, a little-known Argentine woman called Gisela Dulko pulled off the most unlikely victory. Classic Wimbledon it was, too – everyone cheered Sharapova onto the court, welcoming her back from a long injury lay-off. Then as the match went on, everyone got bored of the pinched face along with the incessant grunting and squealing and got behind the not-British-for-once underdog. Of course, it doesn’t hurt that she happens to be pretty nice looking, so in the post-match press conference she got probed with all sorts of insightful tennis-based questions like “Have you got a boyfriend?” Felicitaciones Senorita Dulko. Bienvenidos a la big time. Just so you get the idea what all the fuss is about, that’s her up there (pictured).

Less popular was Victoria Azarenka who felt the full force of the anti-grunt backlash. The normally mild-mannered SW19 crowd put down their strawbs and cream, removed the knotted jumpers from around their shoulders in protest and started imitating her grunts in between points. That’ll teach her. 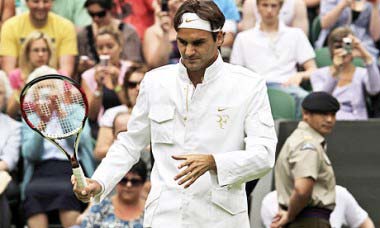 Elsewhere, Roger Federer was back in the waistcoat, which he removed for just long enough to crush his second round opponent, Guillermo Garcia-Lopez. Strolling from one side of the court to the other, throwing down bombs at will, the Fed looked so relaxed you half expected him break out a cigar at any moment. 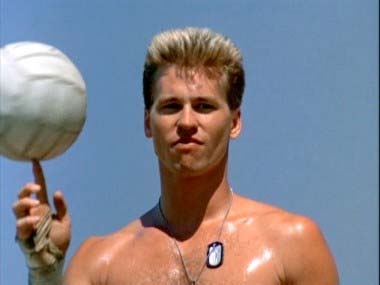 Someone else in super-chillax mode was Andy Murray. So chillaxed in fact that he even took time out to do a spot of Twittering. “Got a putting competition going with Daniel Nestor. They’ve put a putting game in the lockers. Could get interesting. Just done the ice bath.” Now that’s cool – Top Gun’s Ice Man (pictured) would be proud. Let’s see how it all helps in his game today.

Also in action will be the only Brit left in the women’s draw, Elena Baltacha, who goes up against Alona Bondarenko. “It’s another tough match but I’m looking forward to it. If I play good tennis and just keep believing, then I’ve got a very good chance of getting through to the third round,” she said, beautifully setting up an inevitable defeat.