Can this hippy really win the thing? 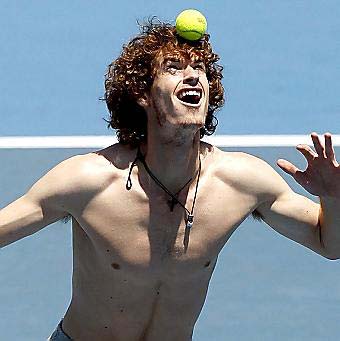 As ever, we welcome Interestment contributors with big open arms and glasses of delicious moonshine, and today Rory joins us as our Wimbledon expert. For the next two glorious weeks, he will be guiding us through the best weird stuff going on at SW whatever it is. He had this to say…

Hello Interestmenters and welcome to the first installment of Wimbledon Watch.

As you’ll already know, watching Wimbledon takes quite a long time – more often than not, up to two whole weeks. But don’t worry, we know how busy you are. That’s why we’ll be doing a little round-up every day to keep you abreast of everything that’s going on down at SW19. 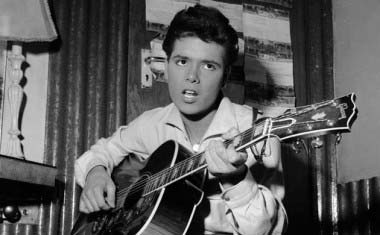 No fist pump will go unnoticed, no tantrum unchallenged. In fact, Cliff Richard won’t be able to so much as wipe his strawberry-coated fingers on the grass floor of the royal box without you knowing about it. We might even bring you a bit of news from the tennis action itself.

So what’s been going on pre-tournament?

Well the big news is Rafa Nadal won’t be playing, which has paved the way for everyone in the land to get carried away with all kinds of Murray to win nonsense. 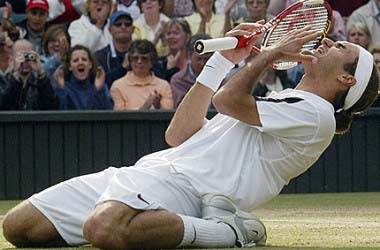 It has also prompted every paper in the land to cash in with the headline Advantage Murray. Conveniently this overlooks the fact that some bloke called Roger Federer is still playing, and he might just be the best player of all time.

Never mind that though, no doubt we’re moments away from seeing a giant saltire painted on the crest of Mount Murray, or Murray Mount, or Mountain Mr Murray ahead of his inevitable second round exit. It’ll always be Tiger Tim’s Henman Hillock to us.

It’s not all bad for the dour Scotsman though – win, lose or draw he’ll be looking a little more suave than usual, having just unveiled a new range of Fred Perry clothes, all of which he’ll be sporting with his customary panache at this year’s event. 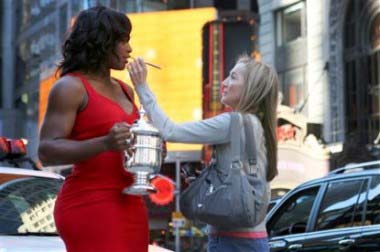 Other big, shouty-type news comes in the form of an outspoken attack from top tennis coach Nick Bolletieri. He reckons players should be penalised for grunting too loudly. Fair enough, but it’s a tad rich coming from the man who coached the jumbo-grunt brigade Monica Seles, Maria Sharapova and Serena Williams (pictured).