He’s the cheerful one at the front… 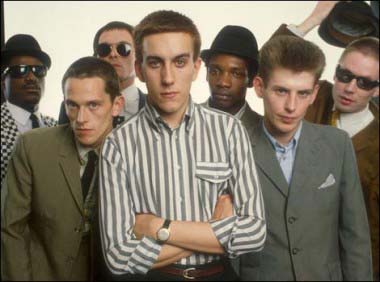 On average, around a hundred new celebrities crop up each year. This year we’ve been seduced by that brain damaged man with the gold teeth from Britain’s Got Talent, that GaGa thing with the tiny outfits, and there must surely be another Geldof in the pipeline, ready to edit a magazine, or run an angular record label. There just must be. The point being that these people are fizzing and buzzing around us, and no longer even bothering to move into the secret nooks and crannies that litter Fame Mountain. We see them every day, you just need to open your eyes, and send in your spots.

Just last week, a certain member of the Interestment flock saw both Clair Sweeney and Harry Enfield in one afternoon. What an afternoon that was. But the winner this week is Paulie, who somehow managed to see with his own eyes Miquita Oliver – “she was in Tescos, she’s pretty and tall” – Kevin Rowland – “he lives down the road from me, I see him a lot” – and Terry Hall, who was “drinking a coffee, literally about two feet away.” Those are quite some spots.

Send your spots to [email protected]