This man lives in a BUBBLE! 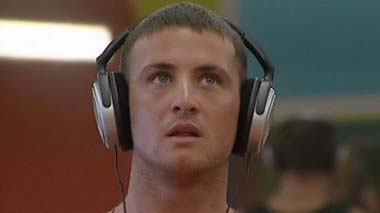 Another few days have passed, and further into their own strange little worlds drift this year’s Big Brother contestants. Charlie – the one who looks like Sean Penn playing a gay politician – has already referred to his Charlie Bubble, which appears to be a spherical place where people can state the obvious and make it sound like modern philosophy. Only yesterday Charlie informed his captivated audience that he can only have sexual intercourse with another gentleman if he finds him “sexually attractive”. He then took four hours and fifteen minutes to teach Noirin that you should enjoy everything in moderation, before blowing everyone away by explaining that to become truly drunk, a man should drink alcohol. That Charlie Bubble is a deep place. A deep deep place.

Elsewhere in the house, Noirin doesn’t seem to realise that she accepted Sree’s marriage proposal a couple of nights ago, Angel is prowling the house, slowly dying, and catching butterflies. She’s a bit like a a Russian female version of Mr Miyagi. And Marcus thinks that butter is “fucking shit”.

Nominations-wise, it’s Freddie versus Cairon this week, with the bookies convinced that the young rapper is toast. Shame really, because Freddie is an almighty pillock.