Inevitably some were not worthy to light our darkest hour… 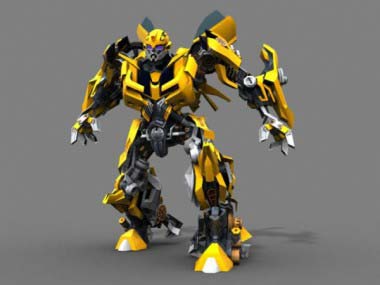 It never fails to brighten up our day like a gargantuan sunbeam whenever we hear from a member of the growing Interestment family. Today, Richard – an excellent writer with sideways glancing eyes – has turned his magic telescope on the world of brilliant toys. Notably Transformers. He had this to say…

To celebrate the imminent release of the second installment of the bastardisation of the Transformers franchise (General Motors hang your collective product-placing heads in shame – justice has been served!), I thought I’d take a look at the best Transformers from their previous, definitive, incarnation – lovable cuboid animations and innocently accompanying toys. Toys that were made out of a love for children, and not some sick marketing synergy ploy. 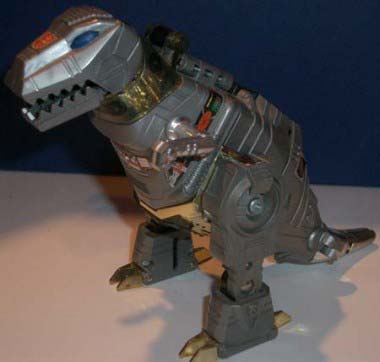 What a day it was, my seventh birthday. I played it cool, not getting up until gone 4am that year, and headed into my parents’ bedroom for the obligatory present feast. Actually, what with the recent divorce and that, it was actually my parent’s bedroom at that point (tragically this sentence will be lost on anyone with a poor grasp of grammar. But I digress…) Surely with all the turmoil of the past year (see above) I was deserving of some incredible gifts? Sure enough, after wading through the chaff of Bel Mooney books, travel yatzee (again!), and assorted lego, I got to the headline act. What was it? What wasssssss it? It was Grimlock of course. Within seconds I had the first love of my life. He was so strong, so grey, so dinosaur-y. We went everywhere together. I forgot all about my father. And years later, inevitably, I accidentally bit his poorly manufactured arm off. Great times. An obvious choice perhaps, but sometimes it takes a big man to admit that the best is quite easily the best, and I’m 5′ 8″ in heels. Grimlock even had a sidekick called Shag. Yep, Shag. Like the bird. 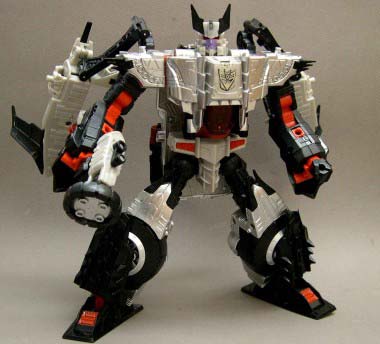 OK, so Megatron was a bit of a tool, but his reincarnation as Galvatron was absolutely ani-mental. He was the sexy bad guy you couldn’t help but fall in love with, with his orally ergonomic name, big weird orange gun thing and spectacular purple face (in the days before purple was a bit camp). How could someone so bad be so good? Of course he lost out in the end, as fictional baddies tend to – but it’s all part of the story. He went out with a blast, which was somewhat fitting considering the big weird orange gun thing. Also key to Galvatron‘s success was his voicing by one Leonard Nimoy. The man ate a serious amount of gravel for the role, and that alone deserves our respect. He also played Spock in another classic series that received a Paramount makeover this year… 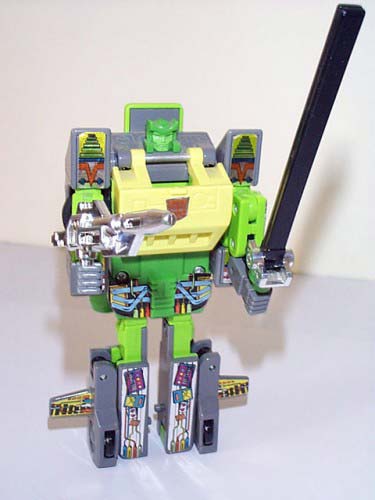 An absolute nightmare for toy designers, but a complete joy for pre-pubescent schoolboys the world over, Springer was a triple changer! That’s nearly four alternatives! (Though just two for the younger boys who couldn’t get the rotor blades to work). He was also bravely green, in an era when green was little more than the colour of grass and military clothing. Some say it’s thanks to Springer that green was even accepted as a colour, and that he was instrumental in getting Italy and Brazil to include it in their flags. But who knows? What we do know is that he was a classic transformer – honourable, tough, masculine, brave, loyal… and green. 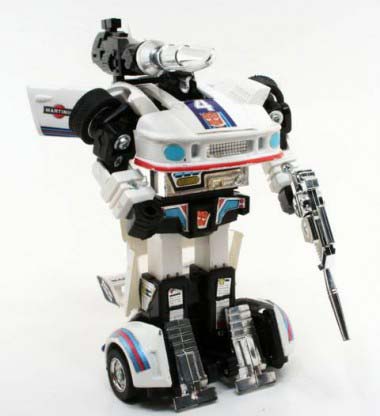 Jazz faced a great deal of competition in the race for best car transformer; Hot Rod (too goody-goody), Mirage (too posh), Cliffjumper (too small), Blurr (too neurotic), Ironhide (too Nissan-y), and Sideswipe (too peripheral) all pushed him close, but what swung it for Jazz was his utterly cool behaviour in the line of fire. He was also the people’s robot, everyone’s mate, a gent. We all loved Jazz. And all this despite being a funny looking Porsche with a crap paint job.