Nooo, not that window, the Transfer Window! 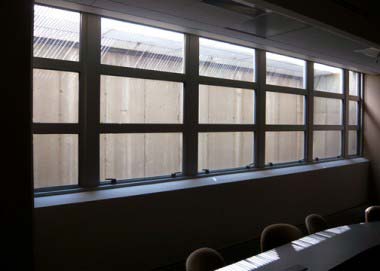 As always, it’s with a very firm handshake and an offer of a lovely cup of the hot stuff that we welcome Eliot – fantastic writer of football related issues – back into the Interestment fold. Today, it’s part four of the transfer series… 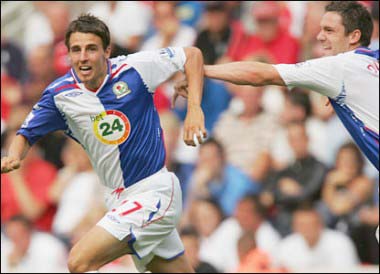 Hooking Matt Derbyshire (pictured) back from his loan spell in Greece would be wise. Still only 23, the forward surpassed all expectations at Olympiakos, and could replace the departing Roque Santa Cruz. At the back, Warnock, Samba and Nelsen all look strong, but the departure of Andre Ooijer leaves a void at right back which Big Sam will need to fill. Brett Emerton has proven over the years that he simply lacks the pace and positional sense to play there week in week out.

If Fergie can afford to get rid of Ronaldo, surely Blackburn should do similar and hurl Roque Santa Cruz towwards the exit. 17 in his first season, but just the six last year when he effectively bestrode the playing surface in a pipe and slippers. The Manchester City bench, and a seat next to Craig Bellamy, should be a suitable lure. 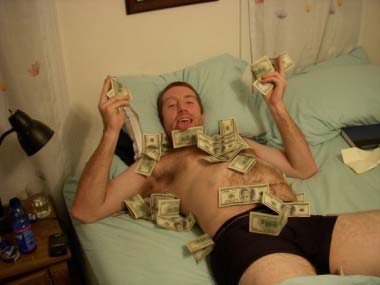 Panorama. As the BBC still awaits a much-promised writ from Big Sam, over a television programme that showed a man spreading £50 notes on a bed for him, the need for Allardyce to be seen as whiter than white has maybe taken some of the more exotic signings out of his reach.

Not too long ago, the option for any ageing international footballer was simple; Qatar or Sam Allardyce’s Bolton Wanderers. Since which time, Uzbekistan has replaced the Gulf state as the leading retirement home for Rivaldo et al, but Sam Allardyce’s Blackburn Rovers have yet to replace Sam Allardyce’s Bolton in a similar vein. Could this window be the one where Sam installs the Stannah at Ewood Park?