Some excellent rock and rollers just missed out… 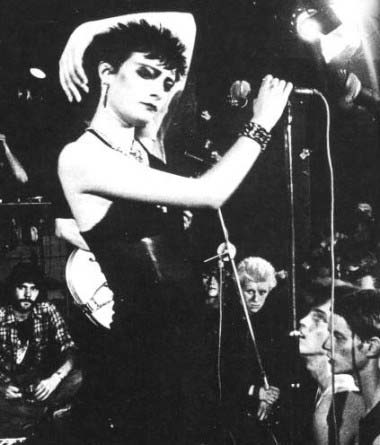 Unlike disgruntled old men who refuse to board buses driven by women because they might crash, we completely embrace equality. We even celebrate it. In fact, we barely even consider equality to be an issue, because we simply presume it. Not just in the bedroom, but in the workplace, in the kitchen sink, and on stage with hard rocking bands. It’s a shame that, Beth Ditto aside, there seems to be a dearth of exciting rock and roll front women at the time of writing. But, even so, coming up with the four greatest was an emotional and tricky process, with Grace Slick, Bjork, Chaka Khan, Chrissie Hynde and Siouxsie Sioux all just missing the cut…

Without a doubt, the queen of all front women. She lead Big Brother and The Holding Company, then Kozmic Blues Band, then Full Tilt Boogie Band. And then she died of a heroin overdose. It was a total shame, because she was probably the greatest white soul singer of all time, and could challenge Jagger and Prince as the greatest front PERSON ever to take the stage. A genius.

You can probably thank heroin and cocaine for Patti Smith’s rather sinister looks – back in the 1970s, it was still considered at the height of sophistication to shoot a load up down an alleyway, or on a bench. Yet, drugs aside, she made for an amazing front women for the inventively named Patti Smith Group, which rode the crest of a creative wave from 1974-1979. If Keith Richards were a singer and a woman, he’d be Patti Smith.

A former Playboy bunny, Debbie Harry was the sexy face of punk rock. Her band was Blondie, and they were at their peak in the late 1970s and early 1980s. And it’s a testament to how good she was that nowadays pretty much every angular young oik giving music a bash is fashioned on Harry in her prime. A very beautiful woman. 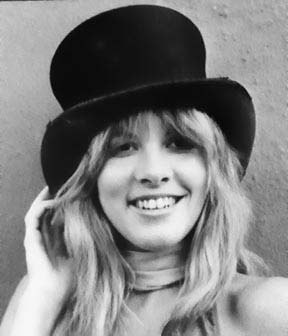 A tiny little thing at just a fraction over five foot, Nicks put a magnificent stamp on Fleetwood Mac from 1975 until the early 1980s. She was strange and alluring, with her mystical jewelry, nasal voice, and whispers that she appreciated her cocaine in a rather unconventional manner. Rumours also went around that she might be a witch.