Make your own tasty milkshake! 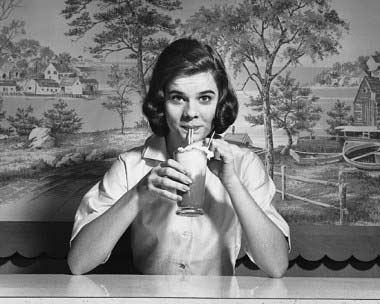 Walk through the park during a sunny afternoon, and you will see grown adults lying face down, passed out. They’re too hot. They were overconfident. They thought they could just wander into a park empty handed and survive. Luckily for them, no one will notice – they’ll just assume sunbather or drunk – and they should come to before sundown. They would be wise, however, to learn from this. Sunshine on an empty stomach can be a killer, and liquids are essential. During the Winter, the popular drink/snack of choice is soup – a hot mixture of vegetables, sometimes with added meats. The Summer equivalent of soup is milkshake, which finds cow’s milk shaked with ice cream. It wasn’t always like that, by the way. Back in the late 1800s, a milkshake was a strange concoction of eggs, whiskey and milk. Then in around 1940 they became the staple palate cleanser in McDonalds. Anyway, the point is that you should be enjoying at least two of these a day according to experts – a shake for breakfast, a shake for lunch etc… – but rather than join the snaking queues of school kids slaloming around the street from Maccy-D’s, just make your own at home!

One Response to Make your own tasty milkshake!