Actor goes out with model 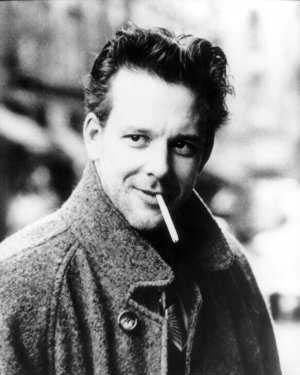 Poor Mickey Rourke. Officially our number one actor, he used to have it all – the cash, the clothes, the startling boy band looks. Then, the story goes that he was smashed from pillar to post, shunned by his peers, and ended up on a backstreet plastic surgery table have Barbie dolls melted all over his face. The world was torn over which would suffer the worst – his career? Or his love life? As it turns out, the giddy hand of Lady Luck decided to throw a curve ball, and now his career is peaking like never before. He has even become something of a sexual revelation to a whole new generation who probably haven’t seen his excellent work in 9 1/2 Weeks. Just today, certain showbusiness reporters have been standing back and applauding as Mickey took to the New York drinking scene with a beautiful young underpants model called Eugenia Volodina. An actor? With a model? What?

Elsewhere, Brad Pitt and Angelina Jolie – collectively known as Bragina – have been whipping showbusiness reporters into a trouser bursting frenzy of excitement by nipping out for a bite to eat in France’s most famous cinema town, Cannes. 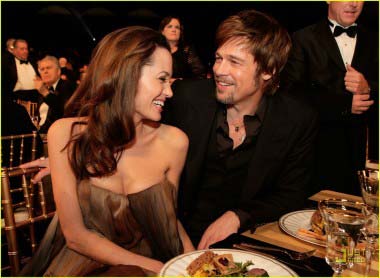