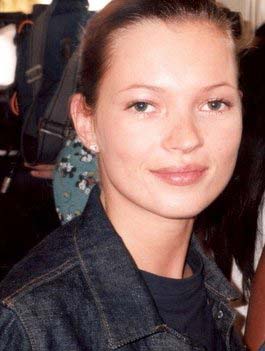 Now that there are five functioning channels on the average television set, it’s easy to become famous. Chances are that you’ve either got a close friend who has enjoyed a decent level of celebrity, or you might even have enjoyed an evening of chocolates and sexual intercourse with someone who popped up on X Factor. Hence, the rich and good looking have been slowly oozing into normal society for the last decade, and nowadays many of them live their lives on our doorsteps. Some even eat the same food as us. We enjoy nothing more than spotting them.

Just this week, friend of the site Rob enjoyed staring into the eyes of Preston – of Ordinary Boys and Chantelle Houghton fame. “I saw him in Brighton, just walking around,” says Rob. On a similar fame level, an Interestment outing was disturbed for a couple of seconds by the face of the angry bloke from This Is England. But the winner of this week’s Interestment Mix Tape – featuring Eric B and Rakim, James Brown and Television – is Matt, who spotted a skinny woman called Kate Moss smoking a cigarette outside a trendy bowling alley in London. “She was talking really really loudly,” he complained. Great spot, Matt.

2 Responses to Slumming It: Kate Moss