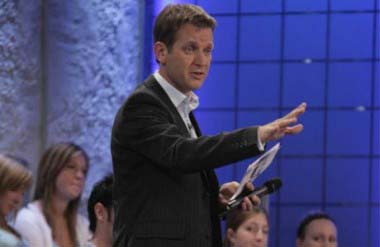 Of course, back when television was invented in the 1960s or whatever, it was intended as a form of communication and learning. Stern men with glasses would explain in angry tones that the world was slowly decaying, and even football results were told in the manner of a fierce preacher condemning society to damnation. It was better left switched off. Then, one day, someone pressed a button and everything turned from black and white to full technicolour, releasing a tidal wave of soap operas, gameshows, and films about sex intended for the soft porn slot on Five. There is now so much television that it’s damn near impossible to sort the wheat from the chaff. Here are the best bits of chaff as decided by us… 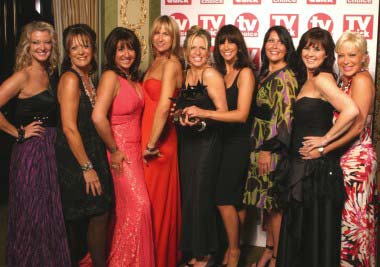 Not so much a chat show, as four or five hungover housewives picking themselves up after a vibrant hen weekend in Portsmouth – this is must-see television. There’s Lynda Bellingham of Oxo Cubes fame, Jane McDonald who looks like she’d eat you alive, and the youngest of the Nolans, Coleen. Once in a while there might be a substitution, like Cathy from Eastenders for Bellingham, or another slurring lush who looks like she’s literally just done it in her dressing room for McDonald. Either way, the format stays the same. They tell their brilliant/terrifying tales, lambast bloody men, then at some point they invite a young male celebrity to join them around the table. Like a feather in the path of a tornado, he begins with a quiver, before leaving the studio in a stunned silence, tearful and destroyed by Girl Power. Just watching these poor celebrity victims battling for survival at Satan’s coffee morning makes this the best daytime show on television. Watch it.

Quite literally the most moving reality show going, this has it all –  beautiful girls threatening to smash each other in the face, hysterical tears during routine haircuts, Lisa Snowdon telling people off for not walking properly. This year has already featured the uncomfortable models being forced by an impatient tutting photographer to snog each other in a skate park, then remove all of their clothes for a judging panel featuring a toy troll and a melting waxwork. If only to see how to correctly react to questions like “where is your neck?”, this is must-see TV. 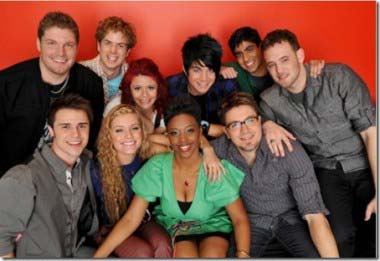 To put this show into perspective, X Factor winner Alexandra Burke wouldn’t even make the top ten. This year it’s exceptional entertainment, as a menopausal 17-year-old does battle with a blue eyed soul singer with a dead wife and a guy called Adam Lambert, who has the most preposterous singing voice ever heard on television. It’s a bit like what a hyena might sound like if you trod on its balls. Yet, completely brilliant. Plus there’s the added bonus of watching Paula Abdul attempting to communicate her feelings to a live studio audience, all of whom are completely aware that she has no idea what strange and random word might drop from her mouth and fall into the microphone next. A tremendous show. 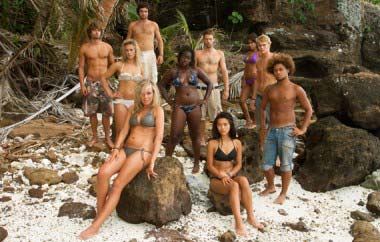 Nothing stings like the sharp dagger of hungover self-loathing on a Sunday morning. You can barely look at yourself in the mirror. And then on comes Shipwrecked and all is completely forgiven. Otherwise known as Pillock Island, it’s exactly what would happen if WKD made sixth form common rooms – everyone is absurdly good looking, they communicate in self-satisfied whoops, and invariably when asked how their friends might describe them, they use words like “mental”, “hilarious” and “brilliant”. Meanwhile, back home, these friends that they speak of are busily severing ties completely with the idiot, and galloping out of town before they get back. Excellent television.