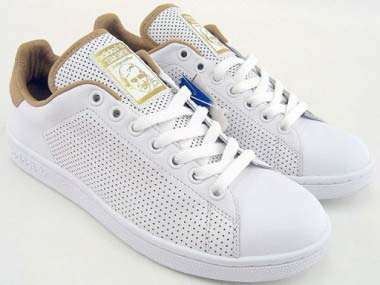 Not so long ago – in the days when you could wander a high street without having to endure the muffled sobs of an ex-banker hiding in a bin – city boys used to love bank holidays. Absolutely love them. They’d get to drive their small shiny cars around for three days, pile an extra few mountains of cocaine up their blistering nostrils, and treat women exactly like prostitutes. But now look at them – playing their battery powered keyboards in shopping centres, desperate for pennies. Some are even pretending to be blind. These are sad, depressing, shoeless times. Which is why we go absolutely bonkers whenever we hear about wonderful bargains. Just this very bank holiday, good friend James had one heck of a time in a local bargain basement. “There’s a shop near me that just sells junk,” he began, sipping sharply on a thimble of single malt, “I like to go in and look at the ridiculous old copies of Smash Hits and things like that, normally I’d never buy anything, but then I saw a pair of Stan Smiths, totally box fresh! I just had to get them.” Of course you did, James, these are probably the best trainers around. Everyone knows that. So, come on Blondie, how much for these marvelous sneakers? “Ten quid!”