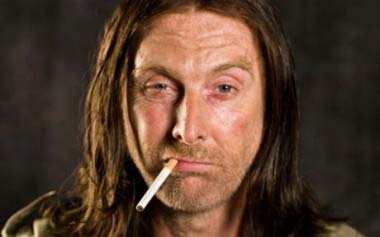 Celebrities are exactly like you and me. Only much much better. They drink nicer drinks, their bodies are taut, and they are brilliant conversationalists. Seriously, try talking to one. They love it. Absolutely love it. Anyway, like amoebas with their asexual reproduction, celebrities are being churned out and multiplied on an hourly basis – so much so that some of them have deemed it perfectly acceptable to mingle with the little people. They now shop in our shops, drink in our wine bars, and some of them even live on our streets. Hence to celebrate, we encourage you to send us your spots (email us at [email protected]).

Just this week, friend of the site Rob spotted Boris Johnson plundering through Borough Market hunting for cold meats and potato salad, and Rich saw Steven Mackintosh – who apparently played Winston in Lock, Stock and oi oi oi’m a cockerney chimnaaay sweeep! – wandering around Soho without wearing shades. An actor without shades. Ridiculous. But this week’s big winner is Olly, who was thundering through beers in London’s Phoenix Bar, when a drunk man staggered to the bar for a pint of the black stuff. “It was David Threlfall,” he told us, met with blank stares. “Frank from Shameless!” And with that, we erupted into a fit of hysterical clapping. He also saw the art world’s Reeves and Mortimer, Gilbert and George, wandering the streets of fashionable East London. We were less impressed by that.

One Response to Slumming It: David Threlfall