This woman has been spotted… we think 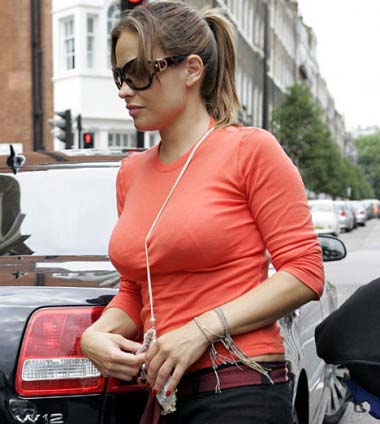 Becoming famous isn’t what it used to be. At one stage, you’d have to sell a million copies of something, or expose your groin at a rugby match to get on the news, but thankfully times have changed. Now anyone can become well known, which makes celebrity spotting a popular sport all around the country. We’ve decided to celebrate that with a new section – to be launched later on in the week – called Slumming It. The name comes from the idea that these people should be entwined under golden sheets on a yacht, not walking the same planet that we do – with its stupid rain and Tescos.

Only last week, Elen Rives (pictured) – the generous Spanish woman who somehow endured Frank Lampard’s moist handshakes for years  – was spotted wandering out of a council estate in South London. Or, at least, we think it was her. She was speaking in Spanish. Or Italian. And Panda from Skins – spotted by our friend James – was seen lolling about on some greenery in Bristol.

Send your celebrity sightings to [email protected], and every week the best spot will be sent a much sought-after Interestment Mix Tape.