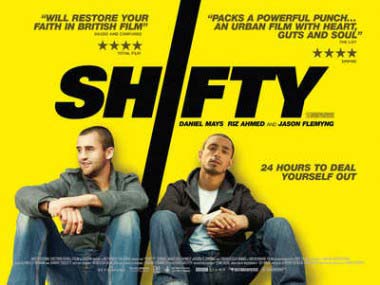 Perhaps twice in a lifetime you’ll walk into a cinema to watch a British film, and you won’t leave feeling completely furious, livid, and tearful. Guy Richie, in particular, has caused us many hysterical evenings. As has Richard Curtis. And whoever was responsible for that awful lesbian vampire thing should be chained to rocks and eaten by lions. Someone who can hold his head very high indeed, however, is UK film maker Eran Creevy, who has managed to take an urban drugs tale and make it moving, authentic, and brilliant. A bit like a UK version of Superfly, only much better. We were particularly delighted to see good friend of the site, Prem Sharma, turning in a fantastically thuggish performance as one of the heavies.

Finally, a UK gangster film that doesn’t make you want to brick up the cinema. Great work. Go and see it.