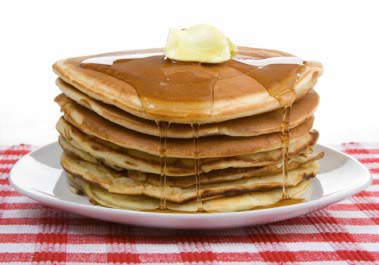 Hey man, stop crying for a minute and think about the most important meal you’ve eaten today – was it breakfast? Of course it was. Experts have repeatedly stated that a good breakfast makes for an excellent human being, which, yes, makes it baffling that Americans aren’t more brilliant. After all, look at their most important meal – burgers, crispy bacon, fries, pancakes, grits, cheese from a tube, cocaine, scrambled eggs, toasted eggs, turkey sub, mayo, corn dogs and a twinkie. They should be invincible. It just doesn’t make sense. Even so, we got to thinking about what the best breakfast is, and after a lot of talk and consumption, we decided that these four are the princes amongst fools… 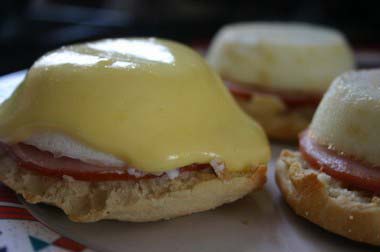 In 1894, a city boy called Lemuel Benedict demanded “poached eggs, crispy bacon, buttered toast and hollandaise sauce” at The Waldorf Hotel in New York and Eggs Benedict was born. Or, at least, that’s one story – a number of people are trying to claim the glory on this one. Either way, the bacon is now ham, the toast has been replaced by muffins, and it’s a terrific combo. Ideally washed down with a decent cup of tea, it makes for a very gentlemanly start to the day. Also works well as a womanly brunch. 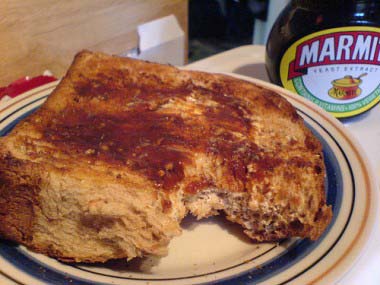 Over the years Marmite has had to beat off competition from pretenders like Bovril and Vegemite, both of which took pretty much the same recipe, but just changed the name a bit. Both failed to topple this great yeasty king. Everyone loves it, regardless of those silly adverts, and it works best on toast, dabbed on in tasty little blobsies. Delicious. It really is our mate. 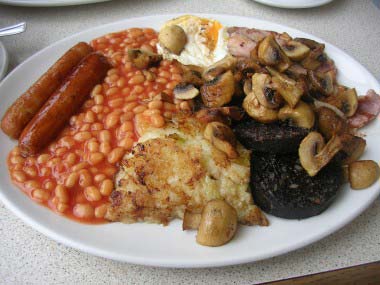 Where the Italians have beautiful pastas and pizzas, and the Chinese have delicious noodles and pork balls in batter with molten sauce, the English have this – bacon, eggs, sausage, tomatoes, black pudding, mushrooms, beans and toast. It’s a combination that simply can’t fail to press all the right buttons, and works best wolfed down in a hurry during the throws of an almighty hangover. Must be accompanied by tea AND orange juice. Two drinks. 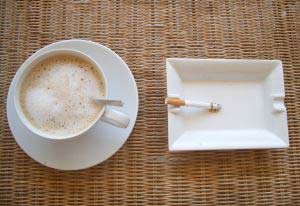 This just edges out Corn Flakes and yoghurt with blobs of jam, as it’s the only breakfast on offer for seriously cool people with busy lives. It’s also the only breakfast that demands a dress code of shades and an attitude problem. Might bring on a bout of the shaky-joes.