Probably one of loads… 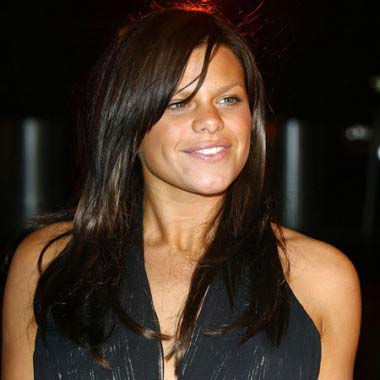 The last few weeks/months of Jade Goody’s life have been horrible and heartwarming in equal measure, so say we. As an entertainment website, we wouldn’t normally touch tragedy and death, but for pretty much all of her adult life, Jade was part of entertainment. She was The Truman Show, but real.

To summarise, she started on Big Brother, the nation was initially repulsed by her pig-headed brainlessness, until it became quite funny – she said things like “isn’t Wales in Devon?” and “oh bloody shit, me kebab’s slipped out”. It was endearing, and being sweet and thick has a great comedy tradition in Britain, stretching right the way from the first Carry On film, to the last one. Unfortunately, it was the very same lack of intelligence that saw Jade having to apologise to India after her stint on Celebrity Big Brother. Some might argue that she kick started a very necessary race debate by being so mean and vulgar to Shilpa Shetty. They may or may not be right.

In between those contrasting bookends, she pushed Posh Spice all the way for cover popularity with both the OK! magazine readership, and the Heat one. Plus she did all the workouts, boob jobs, perfumes and ghost written biographies demanded of modern day celebrities.

And so to the tragic/heartwarming bit. The heartwarming part is easy to be cynical about – the story of her cancer battle having been flogged and flogged to kingdom come. But, to see someone so vilified for her racial crimes, her popularity nosediving, forgiven and supported through a tragic illness shows that we should have some kind of faith in humanity – even if it is made up of Heat and OK! readers.

Her death also, hopefully, should mark the end of reality television, as it is as fitting an end as you can get. When Big Brother began, it was intended as a sociological study, putting ten people together for a few weeks and watching dramas unfold. But Jade Goody, more than anyone else, kept the cameras on her when she left the house. Her cancer was diagnosed on reality television, on the Indian version of Big Brother, and her illness has been followed and recorded – it’s as reality as you can get. There isn’t anywhere to go now.

Of course, orchestrating the whole thing is Milton’s serpent, Max Clifford, who will split opinion – is it finally the selling of the soul when death is profited on so openly? Or could you never have a soul in the first place to be Max Clifford? Jade can rest assured, however, that her sons will probably never have to work – which is good/bad, depending.

Either way, we say Rest In Peace to Jade Goody. Whatever your feelings about the remarkable media circus that has surrounded her last moments, she leaves behind a fascinating legacy, and lives in the tradition of great fictional characters like Frodo Baggins – the small people, who somehow found themselves changing the face of the earth. Good on her.