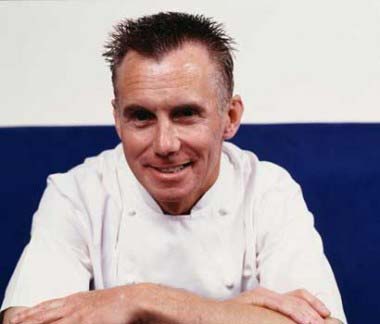 Such is the nature of this crippling financial winter that dreamy young go-getters have been forced to stop ordering in, and are having to cook for themselves. Cue disaster. Big joints of lamb are being “roasted” on hobs, scrambled eggs boiled in the oven. These suits, bless them, don’t know what they’re doing. They only bought the oven to match the kitchen tiles. Hence, with the purse strings pulling ever tighter, we cheerfully applaud anyone with the brains to track down a bargain in a nearby charity shop. Luke, literally the poshest man we have ever met, deserves a gigantic round of applause after an excellent weekend’s shopping. “I thought I’d pop in and see if they had a Jamie Oliver book that I could cook from,” he told us, over a pint and a port. “They didn’t, but they did have a Gary Rhodes one, so I bought that.” He went on to explain how he was looking forward to impressing his pals with an Ox Cheek Stew and Beetroot Fritters. So come on Luke, how much for this amazing guide to cooking? “A quid!”