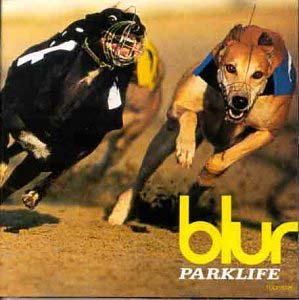 Stop an American and force him/her to describe a Londoner – seriously, the results are amazing. They might tell you about a guy called Dick Van Dyke, or insist that everyone wears bowler hats and honks “afternoon” to one another in the street. It’s not their fault, that’s just what George W Bush told them. In the same way that Blair told all of us that Americans wear mirrored shades. They don’t. Now, phase 2 of this exercise is to ask a mob of students at Goldsmiths’ College – they will be wearing military jackets and baseball boots, by the way – to show you pictures of what it really means to be from London. They’ll immediately produce a portfolio of abstract drawings of pie and mash shops, cubist paintings of people in sheepskin jackets getting up to all sorts of mischief, and probably a photograph of a dog track. Much like the one used by the  ex-Goldsmiths’ College attendees in Blur on their album, Parklife. A great record.

Enjoy a cockney knees up after the jump…