As worn by Run DMC 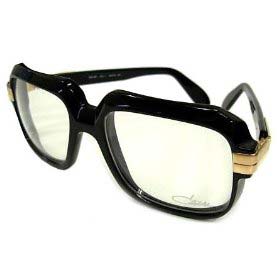 Not only is everyone running out of money, but now it’s snowing. Anyone who saw The Day After Tomorrow will already be on their way to New York to save the planet. For the rest of us, it’s a great time to bargain hunt, because old people will be too afraid to leave the house to rummage around charity shops. Today, we are enormously impressed by our good friend Matthew, who found an excellent set of glasses frames at a car boot sale. “They’re actual Cazal frames, like the ones from the 1980s,” he whooped, to a confused silence. “They’re cool.” Newly educated, we asked him the million dollar question – how much? “I got them for five quid, normally they’d be at least ten times that.”

Enjoy Run DMC after the jump…