The one that no one wants… 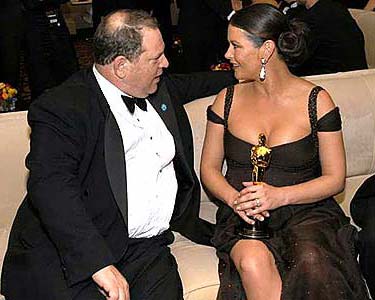 Hollywood is littered with strange bag women, but should you ever find the time, you’d be wise to talk to them. Around 30 per cent are former Best Supporting Actress Oscar winners. Remember Marcia Gay Harden? Mira Sorvino? Mercedes Ruehl? A hunch suggests that they all share a bin in downtown LA. Plus 1973 winner, Tatum O’Neal, is an actual crack addict.

Hence, no one especially wants to win this one, and this year the unfortunates with their careers dangling by a spittle thin thread are: Amy Adams (Doubt), Penelope Cruz (Vicky Christina Barcelona), Viola Davis (Doubt), Taraji P. Henson (Benjamin Button), and Marisa Tomei (The Wrestler).

Tomei, already a “winner” in 1992 (My Cousin Vinny), can be counted out immediately. The word on the street is that Mickey Rourke, contrary to our opinion, has this one in the bag. Should that be the case, Tomei will be overlooked. The last time a film boasted the Best Actor and Best Supporting Actress, it was 1989. The film was My Left Foot.

Amy Adams and Viola Davis can also forget it. Two women nominated in this category for the same film isn’t rare – the same thing happened with The Colour Purple (1985), Working Girl (1988), Enemies, A Love Story (1989), Almost Famous (2000), Gosford Park (2001), and Babel (2006). Someone winning, however, is. In that time, only Chicago (2002) and Bullets Over Broadway (1994) have enjoyed a victor – Catherine Zeta Jones and Dianne Wiest. Both have a comedic vibe, whereas Doubt is the straight-faced tale of bad priests and frightened nuns.

Which leaves Penelope Cruz and Taraji P. Henson. In Cruz’s favour, she is playing it funny and damaged in a Woody Allen film – something that has worked wonders in the past for Dianne Wiest (Hannah and Her Sisters, 1986; Bullets Over Broadway, 1994) and Mira Sorvino (Mighty Aphrodite, 1995). But with thirteen nominations – and Brad Pitt unlikely to get the nod as the Best Actor nor David Fincher for Best Film, nor Best Director – this could be a surprise blow-softening Oscar for Benjamin Button.

Sorry Taraji P. Henson, but someone had to win it.