All this for sod all 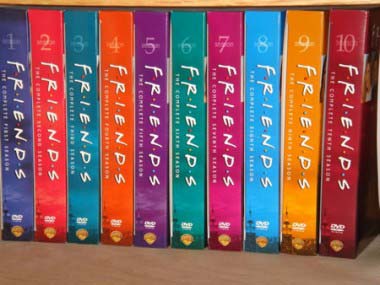 In these pre-apocalyptic times, everything seems to be going topsy-turvy. Businessmen have been spotted asking tramps for money, city workers regularly share Pot Noodles for lunch – up to ten men to one Chicken and Mushroom. It’s bananas. We applaud anyone who can sniff out a bargain in this harsh financial winter. So big props to our pal David, who somehow spotted a pile of spare Friends DVDs at his local second hand shop. “There were about five or six series’ or something crazy like that,” he laughed, “and they were about a quid each, so I got the lot for under a tenner.” That’s under ten pounds for the priceless commodity of laughter. “I mean, who doesn’t like Friends, right?”