It’s a two horse race, they say… they might be wrong 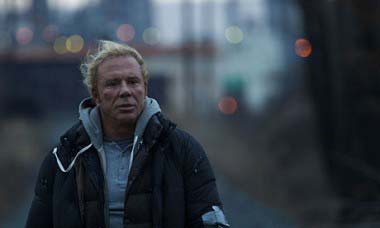 Anyone who decided to stroll into a cinema at the weekend probably left with a brain shriveled and sloshing around, destroyed. This is not light-hearted movie season, friends, this is the Oscar race in full flow. Actors have started taking themselves seriously, films are a little more demanding. Tom Cruise even thought it wise to play a Nazi with an eye patch, but to no avail. It might be that he made no attempt to sound like a German that damaged his chances. Or that he’s just not very good. Who knows?

As it is, the Best Actor category is going to be a corker, with the bookies insisting that it’s in the bag for Mickey Rourke (Interestment’s number one actor, FYI) for his role as a battered old man in a leotard in The Wrestler. It’s a great performance in a mediocre film, something that didn’t harm Forest Whitaker in 2007, or Denzel Washington in 2001 – both of them triumphed in movies not nominated for Best Picture.

A slightly stronger contender, however, looks to be Sean Penn in Milk. He got into shape for the role (the Academy loves that), and he’s playing against type, as a gay man – brilliantly, this gives the fusty old voters a chance to appear modern by saluting homosexual politicians. Speaking of which, a very interesting outsider is Frank Langella playing Nixon in Frost/Nixon – the last few years have been won by BIG acting performances (Day Lewis, There Will Be Blood; Whitaker, Last King of Scotland; Seymour Hoffman, Capote; Foxx, Ray)… and he does an enormous job on the role. If there’s going to be an upset, he will be it.

Obviously, ignore this if we’re wrong.