Who is this “Beast” they speak of? 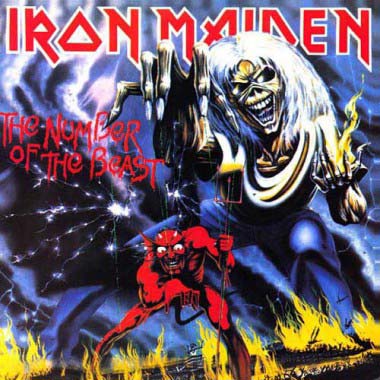 In 1982, Heavy Metal still confused some corners of society. All the womanly outfits were there – leotard trousers, knee length boots, feathery hair. Yet, it was all balanced off with manly things like studs, leather, guitars, shouting. What exactly was going on? Iron Maiden, bless them, opted to hammer the point home with their Number Of The Beast album – “we’re doing the Devil’s work” was the message, leaving all the baffled geriatrics to breathe a massive sigh of relief. That’s one mystery solved. The cover itself shows the band’s hilarious skeleton mascot, Eddie, wearing a pair of blue jeans and a nice t-shirt, toying with his Satan puppet in a burning wasteland. His left hand appears to be on fire, which may be symbolic, but we’re not sure. One thing we are sure of is that it scares the bejesus out of us every single time. Crazy rock and rollers with their fingerless gloves!

Enjoy their smash hit Run To The Hills after the jump…

One Response to Album covers analysed: Iron Maiden, Number of The Beast