Stars with work to do: Gary Lineker

Up yours, Mr Likable! 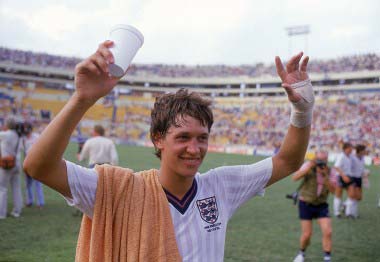 Lineker has what doctors would call a good bedside manner. He’s calm, occasionally witty, and capable of wooing women who wouldn’t usually list “a child’s face” or “bulbous ears” on their ideal man wants list. He was also a very good footballer, which stands him in good stead with the beer swilling sector of society – the one where all the fights happen. It’s not that we don’t like him. He is a little bit smarmy for our tastes, and Adrian Chiles probably does a better job of anchoring on Match of The Day 2, but our real beef with Gary stems from how his impressive media job has affected the nature of a post-football career. Essentially, we’re blaming him for Alan Shearer.

Time was when all footballers took one of two routes. Either coaching, then management. Or alcoholism and divorce. We were comfortable with that. But now, thanks to Lineker, and his cheerful, likable personality, people like Shearer – uncomplicated, slightly stupid people – have found the confidence, and the drive, to move into television.It’s not all their fault, someone has been plundering the BBC cheque book on their behalf, allowing this atrocity to happen. But as Alan Shearer sits brainlessly explaining to a nation of football fans that a goal before half time to go into the lead was probably a good thing, it’s hard not to hate Lineker. If only for a second.

Please Gary, have him fired/shot. Then you can be our friend.