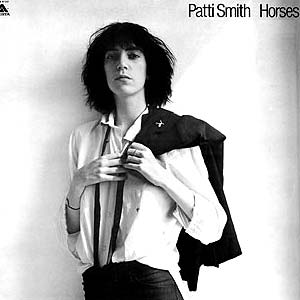 For the most part, until the late 1970s it was easy to distinguish one gender from the other. In the 20th Century, men had always had short hair, women long – but for a small window in the 1960s when they swapped hairstyles completely. Pot was to blame for that one. And you could say, heroin for this. A wiry, spiky looking woman, this album cover finds Patti Smith veering as far from looking feminine as possible, and yet she still has a traditional head of womanly hair – albeit a little bit messy, like a female punk version of Alex Zane. She is staring at the camera, moodily like modern kids like to, wearing clothes that would probably sit more comfortably on a gentleman working in an office. It’s a bold, daring, angry cover, that throws a metaphorical glass of Lambrini in the face of glamourous ladylike convention. What a gal/guy. The album, by the way, is brilliant.

Enjoy the opening track after the jump…