Oop, has someone been smoking pot? 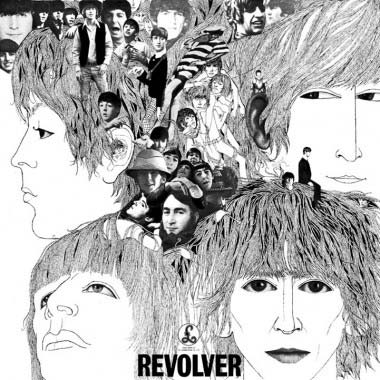 Although Sgt Pepper is often hailed as The Beatles’ druggie 1960s masterpiece, Revolver and Rubber Soul were equally far out, and frankly, better albums. Most fans will probably argue long into the night over which one is their greatest record, so we’ll settle it right now. Rubber Soul is their best to listen to, but Revolver has a more impressive cover. Bosh! Done! Now, as for the sleeve, it was clearly the band’s way of telling the world that they were totally into their drugs now – just look how zany they are! Photographs are mixed with cartoons, John is emerging from George’s hair, Paul has a cartoon of George in his ear, and Ringo has a half-man-half-toon Paul lying down on his head. Bonkers. It’s all just too bloody trippy – the album cover equivalent of telling your parents that you want to be a dancer by coming down for dinner in a frilly pink tutu.

Hear some classic Revolver after the jump…

One Response to Album covers analysed: The Beatles, Revolver