Nothing weird about this guy 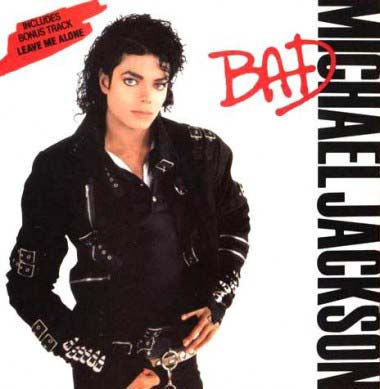 Even on his fearsome Thriller album cover, Michael Jackson had the look of a young lothario attempting to woo a bedmate. Lying back in a shiny white suit, flashing those “come to Neverland” eyes. But Bad saw him embrace the inner rebel. Gone were the well-cut suits, replaced by the kind of all-leather outfit that you’d probably find worn by terrifying gangs of ballerinas prowling around underground carparks. The cover is also startling for two more reasons – Jacko’s skin had decided to take on a more pallid tone, whilst the name of the album is scrawled upon the cover graffiti-style, in red spray paint. This was Michael’s way of letting the punks on the streets know that he was down with them. He had their backs. It was also around this time that he took persistant pelvic thrusting to a whole different level. Great days.

See him in action after the jump…