Robbed at The Oscars: Glenn Close

Academy, why do you ignore this woman (right)? 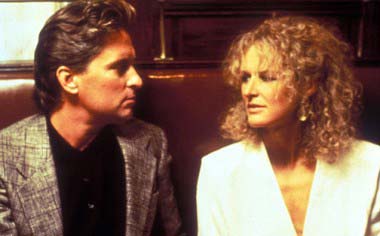 Never the most beautiful face in the crowd, Glenn Close is a big movie star because she’s excellent at acting. It may have helped that her bulbous blonde hair was perfectly feathery and moist for the 1980s crowd, but under the mane beat the heart of a true thespian. An Oscar worthy actress. And yet, she has never been rewarded for her fantastic work, even though Halle Berry and Nicole Kidman have – and both of those women are horrible actresses, by the way.

Her first three big Hollywood films – The World According to Garp (Robin Williams hilarity), The Big Chill (middle class summer festival), and The Natural (baseball mayhem with Roberts Duvall and Redford) – all garnered her a Best Supporting Actress nomination (in 1982, 1983, 1984). And for two consecutive years – 1987 and 1988 – she was up for Best Actress, first time around for her tour de force in Fatal Attraction, then as some kind of aristocratic bitch in Dangerous Liaisons. Amongst those who have stolen her crown are Linda Hunt and Cher. That’s right – Cher.

One Response to Robbed at The Oscars: Glenn Close