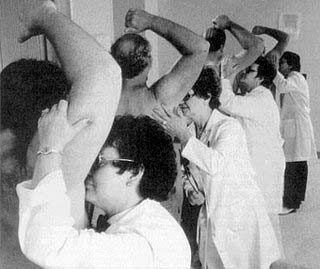 Human senses are so complicated. Sometimes things that look excellent actually feel rubbish, and occasionally you might hear a breathy sexual voice, but when you turn around there’s just a tiny hunchback woman speaking to her pet canary, and no one else. Most weirdly – and this happens all too often – is when things that smell strange and unpleasant go on to taste amazing. We’re talking mainly about crisps, which after weeks and months of being packed tightly in an airless plastic wrapper can mark their arrival with an unpleasant stench. But don’t be fooled, here are four tasty treats that you wouldn’t allow anywhere near your mouth if they tasted like they hum…[ad#Adsense Food] 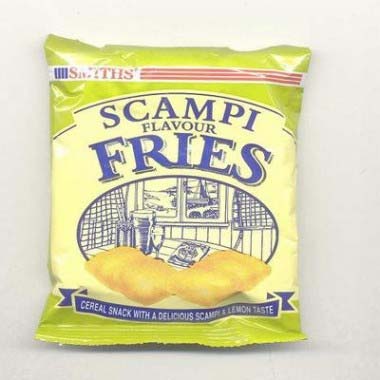 Sweet Jesus, when there’s a packet of these opened up in a room, a million fishermen panic and check their flies. It’s a smell that only the most hardened sea dog wouldn’t notice. But, once the fishy mist subsides, you’re left with a gem of a snack – it’s savoury, yet lemony, with, believe it or not, just the faintest hint of scampi. They’re fantastic. We would suggest enjoying them alone in a field. 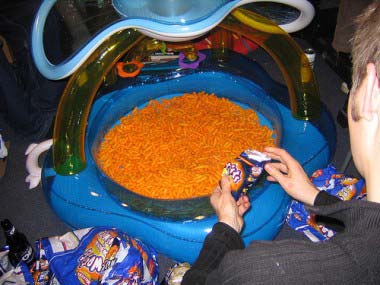 These will forever divide the masses, not just because of the pong, but also because of those kids at school who ate them at lunchtime, then spent the rest of the day touching things with their fluorescent orange fingers. They just seemed so unhygienic. That said, once the mental barriers have been destroyed, you’ll find these not only enjoyable, but damn near addictive. 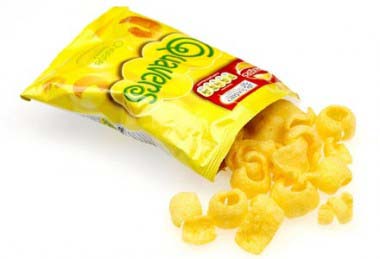 Quavers suffer from a similar problem to the Wotsits, but these are more smell-based. It’s appallingly bad, as if a troupe of homeless teenagers have just disgarded some old socks directly under your nose. Rancid. But then you pop one in your mouth and it snaps and fizzles, and lets off a taste sensation not a million miles away from a very agreeable fondue. 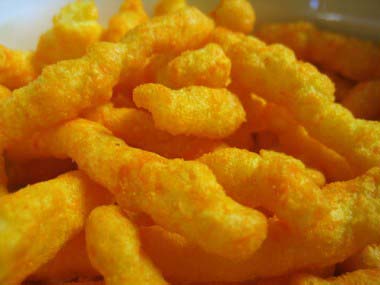 The two main types of Nik Naks are Nice & Spicy and Rib ‘n’ Saucy, both outlandishly strong flavours that can be caught by nostrils up to a mile away. You have to be absolutely sure that you’re not in important company to crack a packet of these open. Unanimously, however, they taste delicious.