You won’t find no Beckhams or Lampsies, girls… 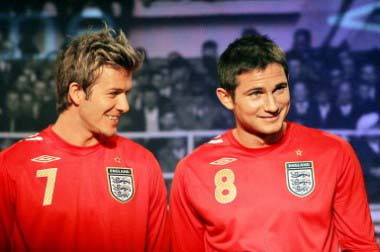 It’s so hard to support football nowadays, because the players are so impossible to like. Look at Chelsea – they’ve got Lampsie, JT, Drog Drog, The Cole Sisters. All would make for appalling dinner party guests. They’re not much better at Liverpool and Arsenal either, Gerrard would be sitting at the end of the table, moodily glaring into the distance, while Fabregas wouldn’t eat anything on offer unless it was skinned and de-boned in advance. At Man United Rooney and Ronaldo have awful table manners, and we can only assume that Tevez guzzles his food wolf-style from a bowl. And yet, it wasn’t always this way. Here are four footballers we’d be more than happy to feed and water:

What a marvelous footballer, Le Tissier stayed at Southampton from 1986 until 2002, even though Spurs, Chelsea and AC Milan all came knocking during that time. What marked him out from the rest was that he looked fat, lazy, and unbelievably gifted. The best player ever. 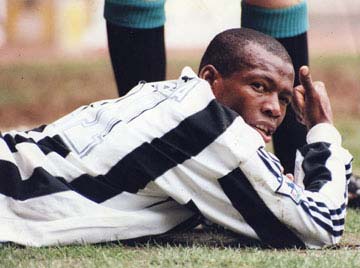 Asprilla’s socks always seemed like they’d be yanked on in a hurry, and he had the look of a gent who could find a decent outfit at a hobo’s jumble sale. But get him with the ball at his feet, and it was poetry in motion. Observe. 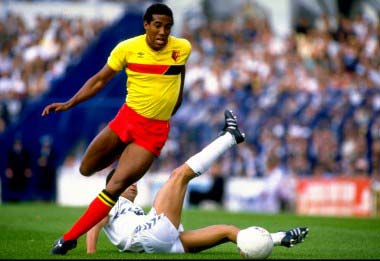 John Barnes makes the cut for two simple reasons. 1. His goal against Brazil. And 2. His amazing rapping skills, which he showcased on World In Motion by New Order. A true legend. 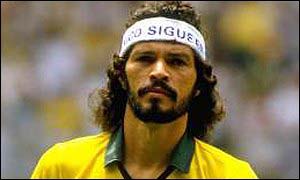 Back in 1982, while the rest of the world looked dull and ordinary, Socrates seemed like the coolest human being on the planet. Top beard, nice hair, excellent skills. Football’s Serpico.