You can stick your Spiderman, Mr Comic Seller! 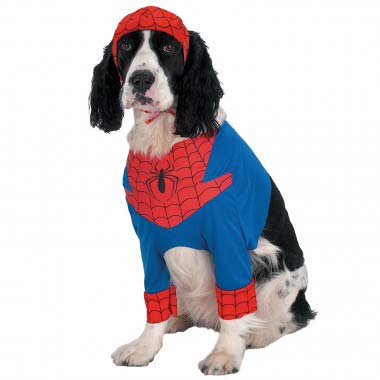 Some argue that the kind of people who take time out to read comics are “geeks” or “nerdies” or “silly”. Well, up yours, big city germs! Comics can also be thought provoking, insightful, sensual, enthralling… Here are four big Interestment favourites that have so far resisted the glitzy Hollywood treatment: 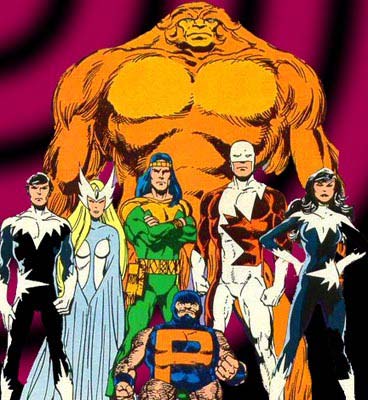 Essentially Canada’s answer to the X Men, the colourful posse is made up of: Guardian, he can fly; Marrina, a weird fish woman; Nothstar, the first openly gay superhero, who’s skills included flying and cocktails; Aurora, Northstar’s sexy twin sister, she had multiple personality disorder; Puck, a livid dwarf; Shaman, a doctor; Sasquatch, a big Hulk-like furry thing; and Snowbird, an actual goddess. As 1980s comics go, it is by far and away the best. 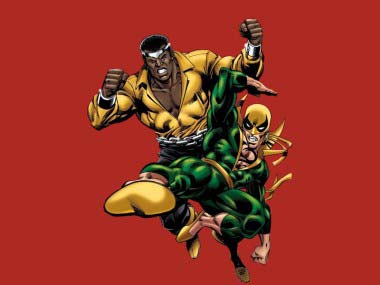 To look at it, you’d think it was Lethal Weapon on Ice, but it’s brilliant. Both stars had their own solo comics that were doing badly, so the honchos decided to put them together, and bingo! A pair of macho jokers with street smarts. They were seriously tough. 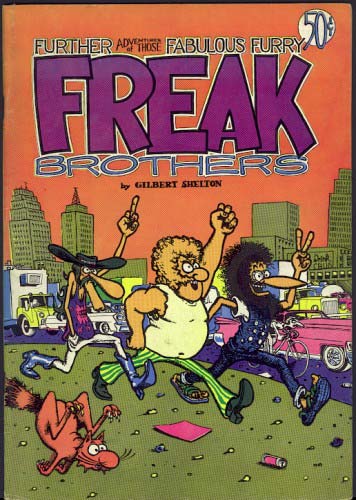 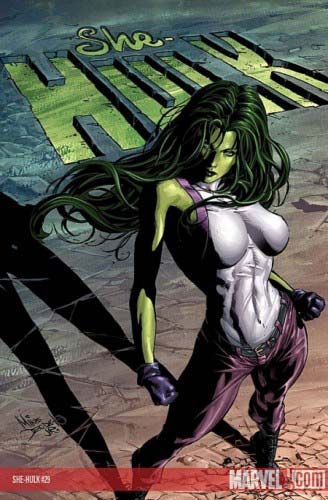 Jennifer Susan Walters gets a gunshot wound, and only her cousin, Bruce Banner (ie. The Hulk) can donate blood for a transfusion. After that, she starts suffering weird mood swings, but while his transformed him into a revolting beast, she morphs into a seriously sexy green supermodel. Clever twist.