Is a certain music mogul having a crisis? 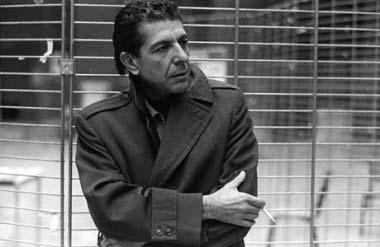 Thank Christ, for a chilling moment, it looked like the strange cherub-faced Irish kid with Worzel Gummidge hair was going to whisper Hallelujah to the top of the charts, but as it was justice was done, and Alexandra – who sounds a bit like Gladys Knight – wept her way to victory on X Factor. But what’s going on with Cowell? The man’s in meltdown.

With a team of hit makers lining up to lavish him with some kind of key changing ode to never giving up on your dreams and always believing, he went for a Leonard Cohen song. The kind of song that naked self loathing divorced women weep too. It’s not a pop song.

What’s on the menu next year, Cowell? This?