154 important life lessons learned from a decade of Interestment 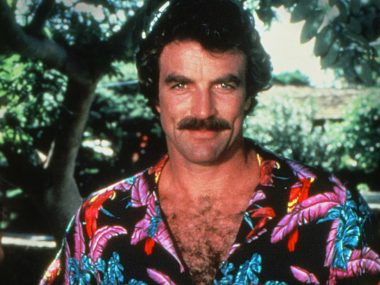 Interestment turns ten this December, so to celebrate, we compiled some important lessons from the last decade. Put these in your pocket, and you’ll never go far wrong…

Nothing tastes as good as being slightly overweight feels

Prescription sunglasses are the best investment you can make

It’s fine to smoke if you’re on holiday

The worst thing about Brexit has been the comedy

Twitter – proof that we would still fuck up paradise

If you enjoy the song Let Me Love You by Mario, don’t worry about it

If you like Holding Back the Years by Simply Red, that’s also fine

You’re even allowed to like that famous Enya one, but keep it on the DL

The most underrated soul star of all time: Leroy Hutson

The best character in The Sopranos: Adriana

The best computer game ever: Mario Kart on the SNES in 1995

The best season of the Wire: number 4

Essential reading: The Stench of Honolulu by Jack Handey

Greatest actor of all time according to Interestment: Mickey Rourke (in 2008) then we decided it was Eddie Murphy (in 2017)

The best pop songs of the 1980s: Time After Time by Cyndi Lauper, Love Is a Battlefield by Pat Benetar, I Would Die 4 U by Prince

No garden is complete without a massive drum barbecue for parties

There’s no excuse for a thumb ring

A diet is not a religion

Being anti-Trump/Brexit is not an ideology

Essential reading: Money by Martin Amis, but you already knew that

Masterchef Australia is the most uplifting show on TV

If you want to read Sweet Valley High books from the 1980s that’s cool. They’re basically Less Than Zero minus the drugs

Essential reading: Up in The Old Hotel by Joseph Mitchell

The only soft drinks worth considering are: Diet Pepsi, Original Coke, Orangina

Most selfish lead character in a movie: Maverick in Top Gun

The greatest child star of all time: Winona Ryder

The Style Council: better than The Jam

PiL: better than The Sex Pistols

If in doubt, order a Chicken Jalfrezi and a Peshwari Naan

Fleetwood Mac = all about Stevie Nicks

The best wine gums can be found in… Marks & Spencers

Too many 6 Music presenters attribute their teenage epiphanies to Bowie or Roxy Music. We need more diversity of influences

Most 6 Music presenters also sound like John Peel either sped up or slowed down. Is there something we should know?

All roasts should be accompanied by: cauliflower cheese and a Yorkshire pud

Top choice for a Monday morning: Close to You by Isaac Hayes

You should never buy trainers from a charity shop

True decadence: putting three nuggets and a loads of fries in your quarter pounder

Essential reading: Conversations with My Agent by Rob Long

Best movie to watch on a Saturday morning: Vanishing Point

Of course it’s only about the journey and not about the getting there, because the “there” bit, when you think about it, is death

Surprisingly nice offal: sweetbreads (just don’t think about what they might be)

The smoking ban was a bad idea

People who don’t smile in photos are dicks

The best cinema movie of all time: Pulp Fiction

Second best TV show of the noughties: The OC

Best crisps in the world: cheese and onion hula hoops

That said, literally all crisps are good, there are no bad crisps

Best movie of the noughties: There Will Be Blood

Silent Agnosticism is the only polite way to go

Non-fiction is always better than fiction

The most beautiful woman of all time is Pam Grier

The most handsome man of all time is Tom Selleck

The only tea in the world worth drinking: Yorkshire Tea

Branston Beans are better than Heinz

We need to bring back: Benjys, Smash Hits, The Big Breakfast

The greatest painter of all time: Paul Gauguin

Best shoes in the world: Reebok Classics Workout Plus

Best song to run to: Madonna’s Get Into The Groove

Number of correctly chosen Best Picture Oscars  from the last 40 years: None

Number of years that Interestment has been going strong: 10. Fucking TEN

I’ve been a dad-of-two for a whole year, here’s what I know
The Interestment 2018 End of Year Barometer – What’s Hot and What’s Not