Some hilarious Christmas jokes that never made it

Farewell jokes that never saw the light of day 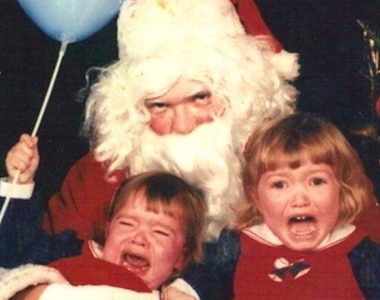 A little while ago I sifted through old notebooks and found some jokes that I’d written down but never used and published them here, and then shortly afterwards I remembered a Christmas book that I’d written a few years ago that got “shelved”. So I dug up my old notes and research, and found a few gags (some funny, some shit) that didn’t make it. Here’s how they looked verbatim…

In the olden days, people would make their own Christmas decorations, like a coat hanger covered in tinsel, or a Father Christmas with a large erect penis.

Make Christmas special by slaughtering your pet turkey in front of your screaming children.

The 1980s brought about a trend for gaudy trees in white or silver, as if it was somehow like having Spandau Ballet or Duran Duran in your living room

Christmas – a time for flogging hoovers to the easily-manipulated

Chocolates under the sink to remind your cleaner what time of year it is.

A tree in a hotel lobby – an important bit of festive cheer for guests before they retire to their rooms to watch pornography through a waterfall of tears.

Tinsel – proof that even a drab office can somehow be made more depressing.

Even amongst inanimate objects there is such a thing as trying too hard.

Santa – spreading the gift of creepy-lookingness

In the olden days Christmas decorations were a far more muted affair – a sprig in a teacup, or a dead sparrow on the kitchen table

The evergreen tree was built to survive all kinds of conditions – rain, snow, strong winds, roadworks, being puked all over, having mini planets hung off them, chocolates bars, being laughed at

Recreate your office party by needlessly performing faux lesbian sex mimes on one another.

Christmas shopping – great if you like becoming unimaginably furious in shops.

the sexy Santa outfit is timeless. In the same way the stark inevitability of death is also timeless.

Work parties –  You’ve already got “standing up phonecalls” and “wandering around with a laptop” on your CV. Now add “wall snogging”.

Does “Pret a Manger” mean “prepare a manger”?

The figgy pudding is like Marmite, if cooked completely incorrectly.

My mouth is saying “thanks for my socks” my mind is screaming “fuck you, fuck you. JUST Fuck. You!”

In Scandinavian countries, kids would excitedly spend the evening before Christmas hiding root vegetables in their shoes as treats for Odin’s multi-legged horse Sleipnir. In Britain they’d wonder why they’re not watching television.

Once a year, every year, Jack gets up at the crack of dawn, he has breakfast alone while his family sleeps, he goes to the bathroom and looks into the mirror. His reflection shows an aging man, withered by the wind, his eyes sinking deeper into his skull with the passing of time, the craggy lines in his face telling the story of a man who has worked hard all of his life to achieve his goals and support his family. That morning Jack fetches his tools and his ladder from the shed at the bottom of the garden and spends three hours putting a massive neon Father Christmas on the front of his house.  Oh for Christ’s sake. Really Jack? Not you as well