The Interestmentarian Column: Should we stop going on about politics now?

Oh fuck off politics, right everyone? 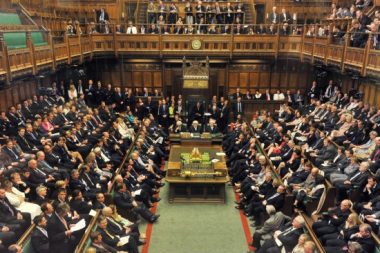 So the good thing about Brexit (and the dramatic post-Brexit aftermath) is that it has the nation, almost en masse, talking about politics again, getting stirred up and involved, caring for once because now it really, truly matters. But on the other hand, for morons like me, you could say the whole thing is a bloody nightmare. WELCOME TO MY CONTRARIAN OPINION!! (capitals courtesy of Caitlin Moran).

See, Brexit and beyond has not only divided the country right down the middle, it’s obliterated our ability to socialise in an acceptable manner. I’ve lost count of the times (twice) that I’ve randomly bumped into someone and the conversation has suddenly veered from my breezy small talk about my shoes into their furious rant about politics. I start drowning, because I hate politics, I tried doing politics for a year at university and found myself staring out of the window daydreaming about doing something worthwhile like making papier mache face sculptures or improvising slam poetry on dimly lit street corners instead. Politics is why I’ve spent the vast majority of my adult life letting politicians make decisions for me while I get on with other things, like laughing at my own jokes in front of my pals, or sweating profusely while I talk to relatively hot girls. Things that don’t require me to have an obtrusive opinion about the EU (much) or a revolutionary theory about the NHS.

But now, like an overweight posh drunk in a salmon pink shirt, politics have barged into every single conversation with their loud opinions, and their meandering monologues that don’t seem to have a concrete ending. They shout until someone steers them into choppier waters, then they shout some more about that, and in amongst it all, I have an overriding sensation that I don’t care about this any more. Partly because we’re all going to end up hating each other more than we already do. And also because what you’re saying is making my mind regress into childhood, I’m feeling bewildered, and I’m dangerously close to paraphrasing a wry Guardian article I skim read, which could result in me having to run for leadership of the Labour party. Can we please just go back to discussing the recent seasonal issues or the grooviest records, or how all cars are sort of time machines when you think about it?

Because in reality (a horrible place, especially at the moment), the fallout from what seems like a mass parliamentary suicide is going to go on for ages, and on some levels, it’s really not as shocking as we’re making it out to be. We are a nation run by out-of-touch buffoons who see the whole thing as one big sixth form debate, but we kind of knew that already – now it’s just been magnified. On TV we’ve fallen into the habit of celebrating imbeciles too, which is fine when it’s a bit of bubblegum, but less so when it becomes an epidemic – which it has. And these people decided to vote for once. Plus in general terms, we’re just not that nice, but we never really have been – at any time in the last umpteen years, if you’d put the country under the microscope it wouldn’t be hard to see that we’ve got a problem with racists, and hooligans, and pot bellied pricks with some twisted notion of empire and entitlement.

This isn’t a hurricane of revelation, this is just the result of the curtain being swept up and the mechanics of the country being examined in full view. We probably didn’t need the rigmarole of a pointless referendum to become this depressingly aware – but now we are, and unfortunately, the best thing we can do is just wait it out until a generation of idiots die a very complainy death (“hang on, why should I have to die? Bloody immigrants etc…”), and then attempt to convince the next lot to behave less like dicks.

In the meantime, let’s go back to chewing the fat about nothing in particular. Let’s stop feeling like we have to tell everyone which way we voted all those weeks ago (literally decades in politics) – IN (goodies), or OUT (baddies). Let’s get the inane frivolity of social media back, it’s too quickly become a place where good honest people think their political views are important (which is ridiculous!!). And anyway while we’re at it, is anything honestly more British than politely ignoring a looming apocalypse and talking about something else?