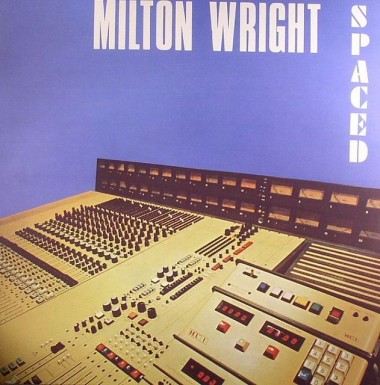 Okay, so immediately I have to come clean about two lies in the headline. The first is that this is my third discovery of the year – it isn’t, I’ve made shitloads of discoveries. I’ve just been so busy discovering new things that I haven’t had time to pay them their dues. That’s my bad, but in a quick summation, I’ve also discovered Peppa Pig, I love Broad City, there are a few history books that have been stiffening my penis (by which I mean my brain), and there’s a barbecue called The Big Green Egg that I’m not sure I could ever live without. At some point, I shall give all of these things their well-deserved moment in 2016. But for now, Milton Wright. Which leads to my second lie.

I didn’t discover Milton Wright this year, I’ve known about him for a while, because he’s the soul music guy responsible for a dance floor classic called Keep it Up. I’ve also owned his first album Friends and Buddies for bloody ages. But two Milton-related things happened in 2016. First I discovered his amazing follow-up (and final) album Spaced. And then, I quite simply, genuinely, and without any real prompting, fell in love with everything about Milton Wright in a figurative sense – not just his music, not just his mad vocal skills, but everything he represents. He’s the artist whose name never quite goes up in lights, the musician doing his own thing, following his own path, the lone wolf howling at the moon. He made two of the best albums I’ve ever heard, but hardly anyone knows who he is, and all I even really know is that he was Betty Wright’s brother (she of Clean Up Woman).

Yet, whatever vast desert of information lies unexplored, and whatever happened in his actual, real life away from music, there are these two albums, recorded just two years apart – both weird, honest, soulful, and touched with genius, both innovative. I haven’t heard many like them. You can hear echoes of soul-folk guys like Terry Callier and Jon Lucien, but he’s stretching himself too, there’s a bit of Stevie Wonder with his zany futuristic synths, some proto-disco. The second album, from 1977, even has elements of post-punk, which is insane because it was only just punk-punk at the time, so unless he could time travel – or if it’s possible that I’m just being jumbo pretentious (VERY possible) – the whole thing’s sonic madness. I love how raggedy some of it sounds, like he was aiming for something and he missed it, but a bit of magic happened anyway. Without wanting to get too muso about it (because we all hate musos, with their polo necks), it’s the sound of someone using their influences, and reacting to a time but not successfully aping anyone. I love that, not just in this case, and not just in music, but in anything.

Now I’m galloping off down a bit of a whimsical lane here, so let’s not get too carried away with navel gazing or pondering the meaning of existence, but suffice to say that life can be unforgiving and wonky, and it can incorrectly giveth with one hand and taketh away with the other. Hence not all musicians will make it, not all actors will make it, not a lot of artists or sculptors or poets or writers will ever make it. But how nice that you can still find these little hidden gems out there, and to be reminded that for all the Lennons, McCartneys, Stevies, Marvins, Madonnas, Beyonces, Timberlakes and Princes, there are also thousands of Milton Wrights doing their thing too. Creating their own works of art to be discovered down the line by someone like me (or better) and exhibited in tiny innocuous blog posts like this (or better ones).

Oh, and another lie I told is that I didn’t know anything about him. I do. After making these records, Milton Wright became a JUDGE!

Here’s the opening track from Spaced: