We need a new monthly men’s mag, here’s how it should be

Please enjoy this generic picture of some magazines 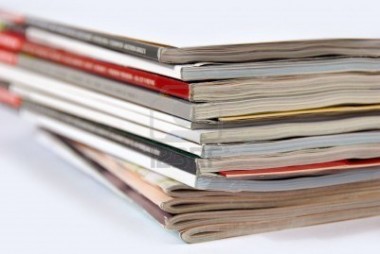 FHM and Zoo essentially closed down today and on the one hand that’s sad because people will lose their jobs and that’s never groovy, but on the other hand they were peddling something with dwindling sales that had probably had its day. The knee-jerk reaction of numerous media folk including me was a quick 140 character Twitter eulogy saying how great the places were and how talented the people working there are, so hopefully they will all go on to glorious creative jobs where they can prove their real worth. I wasn’t in the FHM/Zoo demographic of late so I can’t really comment on how they were looking during those final lunges – I imagine there were lots of huge tits involved.

That said, I worked at FHM for three extended periods earlier in my spectacular writing career so I have some insight into the place.

The first time was in 1999, when I was fresh out of university and the magazine was the thickness of the phone book (with not a nipple in sight). It was an invigorating and intimidating place to work, with endless budgets, a martial artist at the helm, and brilliant writers with a funny way with words. I was pretty out of my depth. I returned in 2005 to find a bigger office with louder people and boozier Friday nights, yet a marginally thinner mag, like it’d been on a diet. Where once Hollywood stars had been on the cover, now it was more likely to be Hollyoaks girls, but still the writers were oppressively good at what they did.

Then I made my final visit in 2011, when the big fancy office had been traded in, and the once mighty FHM was now sharing a stable with at least three other magazines. As is so often the case with doomed publications, there was an acute sense that it was now at the mercy of focus groups and people in suits from upstairs boardrooms – the power had effectively been stripped from the staff, who (as was consistent with FHM) were full of funny, original ideas, and were still as frighteningly good at writing as they had been over ten years earlier. The problem was that it was straining to be relevant, to keep the gang going during a time when people were much more inclined to see themselves as individuals.

I say it all the time, but there is still a place in the market for a monthly men’s magazine. Something packed with opinions and free from advertorials, so if you’d like to follow my Buzzfeedy-style 9 STEP GUIDE, let’s make this thing happen…

STEP ONE: Do honest reviews – There was a time when magazines were big roaring Godzillas, and you knew that if they said something was good it was good, and if it was pony it’d be galloping across a field of shit in horseshoes made of toffee (god I’m good at imagery). Anyway times have changed, the world has spun wonkily on its axis, and now everyone’s so afraid of upsetting PR people or infuriating advertisers that you won’t hear a bad word said about anything. This needs to stop immediately.

STEP TWO: Do honest interviews too – It’s impossible to get a good interview these days, celebrities are trained, primed and suspicious, and most of the time their management team will sit in the room interjecting, coughing at inopportune moments, shouting NO! at certain questions, and generally telling you what you can and can’t ask their “client”. It’s an unbelievably cumbersome process, but the pantomime continues because magazines need celebrities more than celebrities need magazines, so journalists are essentially held to ransom. But fuck it, here’s an idea – work with what you’ve got, just be honest and see what happens. Write about the experience of meeting these people – how they came across, how they made you feel, the circus that surrounds them. It’d at least be insightful, and who honestly cares about what they have to say anyway?

STEP THREE: Add some emotional content – We’re all moving forward in perpetual motion like big sponges absorbing information as we go, and one thing that’s transpired is that men have feelings that genetically mirror the ones that women have, so let’s not bury that fact away and pretend we’re made of granite, let’s celebrate it. Do what women’s mags do, explore emotions and mental health, attempt to understand why sometimes you want to burst into tears, get to know your inner princess.

STEP FOUR: Show pictures of affordable things – There’s being aspirational and then there’s just showing people a load of expensive stuff they’ll never own. It’s cruel, sadistic, a bit boring, and as a general rule my interest in something is inversely-proportional to the cost of it. So if it’s really expensive it means nothing to me.

STEP FIVE: Put a ban on embarrassing-to-be-seen-with covers – Men’s magazine covers have long veered in one of two directions. OPTION A. A girl with great boobs and a headline that may as well read “NIPPING HOME FOR A WANK”. Or OPTION B. A famous man sucking his cheeks in and looking very pleased with himself and a headline that says “IS CELEBBY McCOOLGUY THE BEST MAN IN THE WORLD?”. I’m not sure which I find more offensive. I’d definitely like to see the tide turning, perhaps by incorporating an OPTION C, D, and E.

STEP SIX: Write more words – Up the word count. Who wants something they can flick through in a shop and pretty much ingest in less than a minute? Force them to actually buy the thing, to take time to sit down and read the contents without having to plunge their hands into their underpants. There are loads of great writers out there apparently, so why not give them a chance? Some of them might turn out to be quite good.

STEP SEVEN: Be original – No more topless girls, no mention of Don Draper or Steve McQueen, no more “how to barbecue a steak” or “how to put up a shelf”. It’s time to shake it up, so first have a normal features meeting, come up with the usual ideas, then reject them all and start again from scratch.

STEP EIGHT: Get girls writing as actual GIRLS – There’s never been an issue with men’s mags hiring girls, but they’ve generally been either required to masquerade as men, or worst still, play it sexy. It’d be nice to get a strong female voice in there writing as a woman, and writing about topics that both men and women can relate to and discuss, by which I don’t just mean another batch of handy tips on how to make sex more amazing. I mean actual things that people think about when they’re not submerged inside one another. God that’s a horrible sentence.

STEP NINE: Focus only on normal bog standard people who actually exist – Me. You. Anyone who occasionally drinks a glass of water or eats a meal with friends, or who goes shopping alone, or who lets other people talk and listens to them and doesn’t have to be the coolest person in the room. Make something for that guy because he’s absolutely fucking everywhere.

One Response to We need a new monthly men’s mag, here’s how it should be