We’ll always have Paris by The Studio Exec

For more wonderful writing pay The Studio Exec a visit 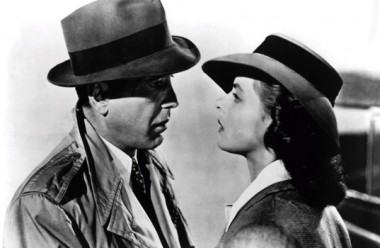 PARIS – Some thoughts following the terrorist attacks on Paris which left over one hundred and twenty people dead and many severely wounded, at the time of writing.

My first thoughts following the news of the Paris attacks were to get off the internet. Stop tweeting, stop writing, stop reading. As Kurt Vonnegut told us, ‘There is nothing intelligent to say after a massacre’. It was a quote I had cited following the Charlie Hebdo murders in January and the noise that inevitably follows is distressing and often unhelpful. There were those who immediately want to make political capital from the bloodshed to show that liberals were hopelessly naïve in their openness. The far right have a particular field day. And then there are the liberals who feel that the time has come to remind you about the massacres in Kenya and Beirut which got less press and outrage on social media. Well done. Although there’s a valid point here, there’s more than a whiff of righteousness in seeking to refine our sense of horror into a ‘teachable moment’. Our profiles will now be suitably flagged and details will emerge. Narratives and counter narratives will be unwoven and unfurled, but none of it really means more than Marlon Brando whispering The Horror! The Horror! at the end of Apocalypse Now.

Having said that, I got one clip from British horror critic Kim Newman on my Facebook page. He put on the scene from Casablanca where the French in the exile port, teeming with refugees out sing the Nazis with the most stirring La Marseillais committed to celluloid. The prostitute sings it, the freedom fighter sings it and Ingrid Bergman listens to it. Her emotions are our emotions in that moment. And this scene reminded me of something. Casablanca is the film of refugees. In 1938 a teacher from New York spent his summer in Vienna. Murray Burnett was helping Jewish refugees to gain safe passage out of Nazi territory and Europe. Returning to the States, he wrote Everybody Comes to Rick’s about a bunch of disparate and desperate refugees trying to escape the North African town for Lisbon and then the US. No one wanted the play or the screenplay. It was too political, too anti-German, until Pearl Harbor and the day after that Irene Diamond read it at Warner Bros and thought it would work well with Ronald Reagan, or maybe, and this would be a gamble, Humphrey Bogart.

But Casablanca isn’t just about refugees fleeing a terroristic regime, it stars them. Paul Heinreid (who plays Lazlo) had fled Nazi controlled Austria, as had Peter Lorre (Ugarte). S. Z. Sakall, the cuddly waiter Karl, got out too but lost three sisters to the concentration camps. Conrad Veidt, world famous as the star of The Cabinet of Doctor Caligari, had also escaped as a noted critic of the regime. He plays Colonel Strasser. In Casablanca even the Nazis are played by anti-Nazis. Behind the camera we have a Hungarian Jew, the scriptwriters are two Jews and a Communist and in Jack Warner’s childhood home, they only spoke Yiddish. With economic migrants Claude Rains and Ingrid herself making up the other major parts, aside from Bogart the only American involved is Dooley Wilson and guess what – he’s originally a drummer who can’t play a lick on the piano.

So what’s my point? I suppose it is that we need to come together. That moments of terror, of horror, are moments which seek to divide us, to make us hate each other and the ‘other’ – for their religion, their race, their national origin – but in reality it is our difference, our diversity, and our common humanity which makes us strong. Our voices will always rise stronger than those of the Jihadists or the hate mongers of the Right. As soccer fans left the Paris stadium on Friday an impromptu singing of La Marseillais rang out and filled the heart.

In more ways than one we will always have Paris.