10 Fashionable Guys who made me want to dress better

Including one of these cats 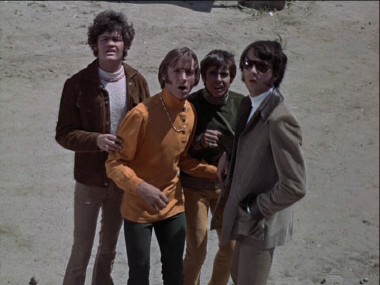 One of the nicest things about being born in the 1970s and being a child of the 1980s and 1990s is that people in general weren’t particularly fashionable. You sort of had punks and goths and ravers, and I did once walk into town in bare feet wearing “love beads” around my neck and I may have stepped in dog diarrhea that day. But generally you were able to dress however you liked without having to stick to it for longer than is necessary because no one really cared because they were probably much too high from sniffing glue or dropping ecstasy tablets. Anyway, in amongst the vast ocean of “do what you want” I did manage to locate a handful of men who I adopted as fashion icons. This is them…

Mickey Dolenz in The Monkees 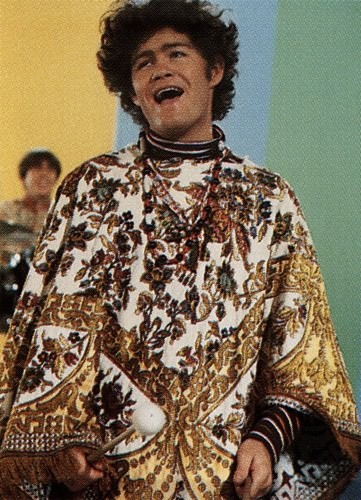 The funny one in The Monkees, Mickey wore supercool threads like far out feathery jackets and knitted tunics, and then this beautiful poncho that I think was the inspiration behind my grandma’s decision to make everything in her house give you a massive headache. 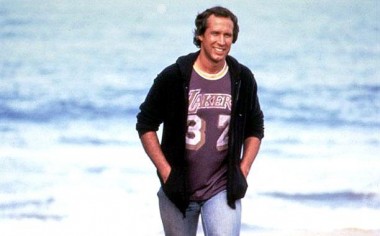 Charming, tall, quick-witted, irresistible to women (with boobs) despite literally dressing like a hobo and having a Travolta-lite chin-crack. I dug Chevy Chase in Fletch like the world’s happiest grave digger dug digging graves. 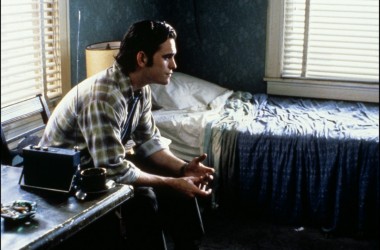 Dillon – no relation to Bob, who spells his surname in a completely different way using a Y instead of an I and then just one L and then an A where Matt uses an O – was all about charity shop trousers. I, henceforth and onwards, became so too.

Everyone in Dazed and Confused 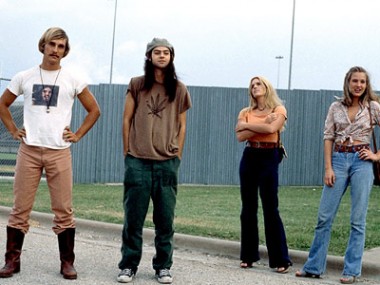 These stoned out 70s school chicks and double doods dressed so super-fresh you could brush your teeth with it, and boy did they take their time when they talked. Literally years went by in between sentences which was a great distraction from the odd polyester abomination or ladylike manboot.

Harrison Ford in The Empire Strikes Back 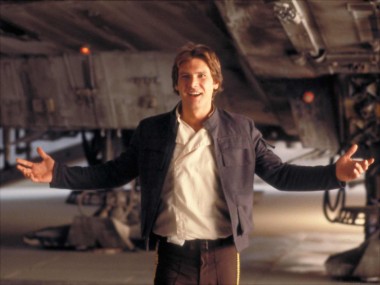 To further reiterate this, she said “I love you”, he said “I KNOW”. He looked at her face and said I KNOW and she was like “cool, he knows, wicked… I’m in no way now massively out there and insecure about this”. He also rocked a fine navy jacket. 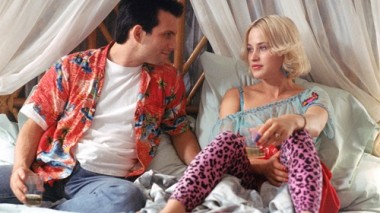 The world owes plenty to Christian Slater, mainly for his roles in Heathers and the one where he’s a pirate DJ, but mainly we owe him for finally making Hawaiian shirts and flat-top haircuts on white guys no longer a crippling source of derision. 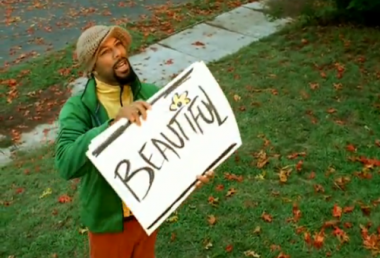 For a while back there, hip hop was solely about men with jheri-curls reciting lengthy poems about their willies, so when Common lifted up his shirt to show his revolver and in its place was a library book about black history, everyone was aghast in a good way. One of hip hop’s more thoughtful, sartorial sorts, unafraid to wear extremely bright colours. 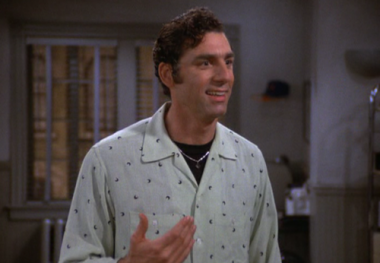 Before he took the bizarre decision to carpet-bomb his career with a pointless racist rant, Kramer was going down in cultural history as the original hipster with his great shirts and slightly-too-short trousers. Then he started saying dreadful dreadful things, enning this and enning that, and now no one can look him in the eye any more. 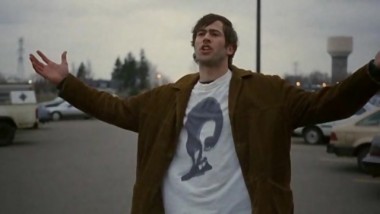 Nerdy, quick-witted and handsome in a way that suggested he didn’t care that he was handsome even though he was clearly very very handsome and also probably aware of it, Lee in Mallrats was the complete package, so I aped his coat. 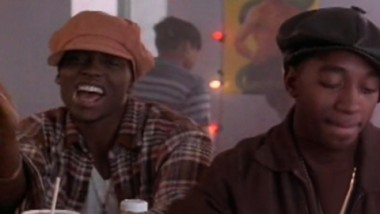 At university I began experimenting with strange and alluring new looks, like suit trousers with flip flops, or a sheepskin coat over a vest. These cats really caught my eye with their hats and their neckerchiefs and their turtlenecks and their toothpicks and their overall vibezz. 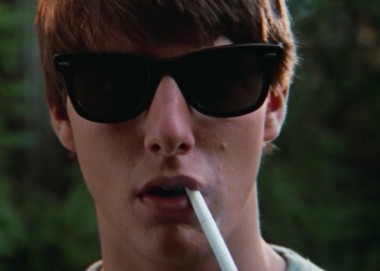 It’s easy to forget that before Tom Cruise became Tom Cruise he was cutting his teeth as a far edgier teen hero. Then some aliens bombed a volcano, he took them down with his ethics and jumped on a sofa and the rest is history.

It’s Autumn, here are some things you urgently need to do…
The Ultimate Guide to Colombia by Rory McClenaghan