A far too in-depth appraisal of Big Brother 2015 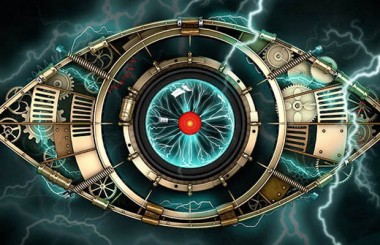 I must be one of the last remaining Big Brother viewers on the planet, but fifteen series in and I’m still going strong, tuning in and watching strangers duke it out for who knows what? In many ways it’s more fascinating now – when it started it was experimental TV at its most risky, so paired down and Scandinavian, so unsuited to stiff British culture which would generally find us all shuffling around a room being disgustingly kind and thoughtful to one another. They even had chickens for everyone to nurture in case the conversations about the weather got too racy. Now it’s all wing tattoos on your back and people fingering each other and shouting their opinions with one eye on the mirror, there’s a girl wandering around in just her knickers, her norks are now assumed to be a housemate unto themselves, and while they’re very popular because the lads haven’t been desensitized to them yet, her personality cannot quite match their bounciness.

It’s transformed into a whole different kettle of fish, where once the “house” (or KETTLE) was built on the idea of congregation and building some kind of community – talk of “father figures”, “mother hens” and entire sections of the weekly update given over to body language or psychoanalysis – the Petri dishes and conical flasks have been chucked out of the window and now there’s just a collection of individuals uninterested in forming any real sense of family or homelife. If anything, the very idea is met with suspicion, with frenzied mutterings of people having a game plan, or “brown nosing”. Acts of kindness are seen as “fakeness” – a cardinal sin – a constant simmer of paranoia seeps into pretty much everything. It’s interesting, because in many ways the show has developed absolutely as it should – it’s grown in parallel with the general shift towards self-obsession, with the cult of the individual and the rise of social media. If anything it tells us more now than it ever did, it perfectly reflects where we’re at.

Back in the olden days of series one I was at FHM, my days were spent manually researching things using books or rollerdecks or calling people on phones, I didn’t have an email address of my own because the internet hadn’t really registered properly in my small corner of the world. Then Nasty Nick got unmasked as the most dismal of all cheats (in a way that now seems pretty quaint) and the live stream from the house erupted online in CYBERSPACE. We gathered around a computer in the office to watch it unfold like tramps in the cold huddling around a flaming bin, and so happened my first real genuine internet experience. I said it then and I’ll say it now THIS WORLD WIDE WEB THING IS GOING TO BE HUGE! I signed up to a Yahoo account and never looked back, nor did I switch to a better account even when Gmail came along.

Anyway Big Brother 2 followed Big Brother 1, then BB3 followed that and then there was BB4 and so on, and for the best part of a decade the show was on the crest of a wave with massive earning potential for the housemates – Heat magazine covers to start with, a minimum of a few grand in the bank over the months that followed, possibly a TV career of sorts if the stars aligned. For a while you’d see the housemates everywhere, they went from being relatively normal people with relatively normal mundane jobs to being observed and prodded, the layers stripped away, their Faustian pact cashed in. But as is inevitable with these things interest eventually waned, the selection criteria narrowed, leaving barely a soul over 30, and it’s a rare thing to find a housemate free from a little ink or without heaving knockers bound for the inner pages of Zoo or FHM.

Yet interestingly, and I say this as chin-strokingly as possible, in the same way the show has always set out to strip away facades and get precisely to the root of someone’s actual purpose for being there, so the very same thing has happened to Big Brother itself (or HIMSELF?) – he’s had his soul turned inside out for everyone to see, and now only the most extreme kinds of people are enlisted to bring the house alive, to boost ratings and keep heads above water. He’s become desperate. No outside bets, no risks, no mooses, no one too clever because clever is boring and can alienate people, instead a same-same conveyor belt of contestants seemingly selected for their looks, for their loud mouths, a number for their stints on other reality shows, some even for the headlines they have already generated, and now all of them are left champing maniacally for an extension on their fifteen minutes.

They’re obsessed with how they came across in their intro videos, forever second-guessing how the people watching will respond to their actions, they talk about being on “a journey”, they know how the cogs work and how to behave and their hunger is impossible to mask. It’s a huge ongoing selfie, a mass-sweep for more Twitter followers, an empty quest to somehow seem relevant, to achieve status and notoriety based on something as flimsy as “just being yourself”. And worst of all, the show increasingly promotes this ridiculous collective belief that you should always say what you think – “I’m just telling the truth, I’m just being me, I’m just being real”. There’s no sense that perhaps not telling the truth can be more virtuous, that your thoughts are not always important or that your commentary on a situation isn’t always necessary. It has transformed from peering at rats in a lab to laughing at monkeys in a zoo.

And yet, believe it or not, I LOVE IT!

All of this sounds like I’m being down on the show but really I’m not. It’s bubblegum, in many ways it’s the perfect TV program, certainly in terms of actually making money from old rope. Its day in the sunshine may be long gone, but as a social reflector it’s still just as relevant and intriguing as it always was.

Five Ways to Avoid Package Holiday Peril
I’ve been a dad for almost six months, here’s what I know…