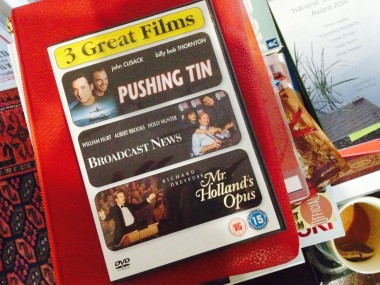 Before the banks crumbled and a long arctic winter struck the nation’s wallets, freezing them solid, unable to open. Before the guillotine fell on the throbbing muscular neck of over-confident financial shenanigans. Before people paired the word CREDIT with CRUNCH to create the world’s most unappealing-sounding breakfast cereal. Before all that we were spilling in and out of cinemas willy-nilly without a single care about the overheads, there was no need to tot up the totals and figure that three movies might cost the equivalent of a pair of trainers or a fortnight’s food for your child’s mouth. Money was everywhere, you couldn’t move for the stuff, and then, like a woman getting her gown caught in the teeth of a moving escalator, disaster struck. Our pockets emptied like a sink with the plug out, or like a bucket with a hole in it, which is essentially the same metaphor but slightly more homespun and downtrodden. It emphasises plight. And so plight bit our balls, successful men lost everything, less successful men also lost everything, the same thing happened to women, and now here we are with less than we had before, yet conversely happier because we’ve learned to appreciate the unexpected blast of sunshine that comes from finding a terrific bargain. Take this close member of the Interestment Team, he found a wonderful triple bill in his local Save The Animals. “I always see what DVDs are in, because they’re really cheap in charity shops,” he points out astutely, keeping his voice at a low hum so that people don’t all get the same idea and send the cheap prices rocketing. “And when I saw my all time fave Broadcast News in the same package as the weepy classic Mr Holland’s Opus and the ripsnorting air traffic control romp Pushing Tin I just couldn’t believe my eyes.” That is one heck of a find, so come on, how much for this motion picture threeway? “TWO QUID! TWO. QUID.”

Amazing sticking-it-to-the-recession (if there still is one)!