The Unimportant Love Story – A Short Story by Josh Burt

Read it and weep … or not 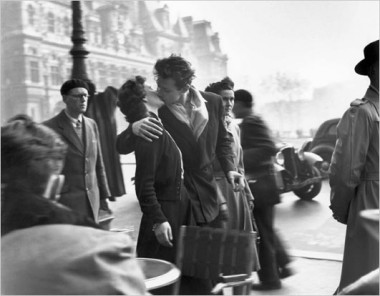 His hair flopped down over his forehead as he peered sheepishly through his luscious brown velvety eyebrows. The rain was lashing down.

“I suppose one would have to say, as they would in olden days or possibly in more traditional circumstances… as it were…” his bumbling was so adorable. You could imagine girls’ hearts just melting and even breaking ever so slightly listening to him trying to express himself. It might sound a bit weird, but his mum probably really really loved him when he was a toddler. He was so sweet.

“Oh just kiss me you idiot!” She said finally, grabbing his shirt collars and pulling his face into hers, still very much the straight-talking seize-the-day nutcase she’d always been (but Jesus, so hot! Super hot). They kissed for what seemed like hours. They were in the middle of the road, of course they were, and car horns honked an angry and increasingly aggressive chorus. “Get out of the road you loved-up cunts!” shouted one cabby, but they didn’t hear him, how could they? Everything had been building to this moment – the chance encounters, the awkward mix-ups, the embarrassing situations, the jealous ex boyfriends. The planets had finally aligned.

As their tongues waged a sloppy war on one another, the 37 bus sat stranded behind them. Matthew – 30s, less good looking, wearing a fleece – was upstairs fidgeting and staring at his phone, unaware of the great love that was hitting its peak on the tarmac just metres away. He assumed there were road works. He was wrong. Anxiety was dancing all through his veins – it was coursing, you’d say it was coursing, definitely coursing – he could feel himself disappearing into the backwaters of his own head, as though living in an echo of his actual life.

Ping! “Where the FUCK are you? This is getting serious!”

He rubbed the condensation off the window to see if he could get a specific answer to that question. There was a wine shop, it looked like a nice part of town, he couldn’t see any sign of road works. He craned his head as much as he could, hoping that he could create an angle that allowed him to see the road in front. His eyes seemed to be deceiving him, because all he could make out was what looked like a snogging couple holding up traffic. He looked around for confirmation, trying to catch other people’s eyes, his own pair ablaze with actual panic now, but he didn’t want to look so worried as to freak people out, so his face pretended to be breezy. He tried smiling, but the corners of his mouth felt like they were contorting, he looked like a person slowly turning into a gargoyle.

The honking continued. Matthew held onto the bar on top of the empty seat in front of him, almost rocking himself, or possibly set to explode from his chair and hurtle downstairs to see what the fuck was going on.

“It’s you Sarah, it’s always been you,” said old Mr Fucking Tongue Tied who wasn’t having any problem talking now. Actually, second thoughts, the whole stammering posh boy schtick was a bit grating, perhaps his mum thought he was a prick. The pair momentarily stopped eating each others faces, rudely ignoring the road-full of baffled and infuriated strangers. They would have to wait, to allow a window of time for these conceited cretins to selfishly delude themselves into thinking their so-called love was more romantic and important than anyone else’s.

Hugh – or possibly something else, but let’s call him HUGH – nonchalantly raised a finger to the maelstrom of furious traffic and launched back in, his sense of entitlement almost as vast and unruly as the long sodden raincoat that was masking his completely pointless erection. Was Hugh going to fuck Sarah in the road? Would Hugh? Would he? Hugh would not. He would not fuck anyone in the road. Matthew lurched down the stairs, his palms sweating and his knees shaking, his mind racing as he was now unable to hold onto a single coherent thought for more than a couple of seconds. He composed himself as best he could as he approached the driver.

“Sorry mate, what’s the hold up? It’s just I’ve got to be somewhere…”

“Everyone’s got to be somewhere,” he deadpanned back without looking at Matthew. “Not my problem pal, you’d have to ask this pair…” he gestured through his front window at love’s young dream, their heads rhythmically mirroring one another like weird kissing serpents, their combined mind’s eye showing the credits rolling to signal the end of their hilariously calamitous courtship and suggesting a long and happy life together.

Only they didn’t have a long and happy life together. Less than six months later, Sarah, such a straight-talking seize-the-day nutcase came to realise that Hugh’s endless bumbling was a living fucking nightmare. Matthew, on the other hand, stayed with his girlfriend despite missing the birth of his first child by just ten minutes on account of some “loved-up cunts”.

The cabby was right all along.

Interestment’s Top 10: Delicious Sandwiches
The Interestment 2014 Review of the Year