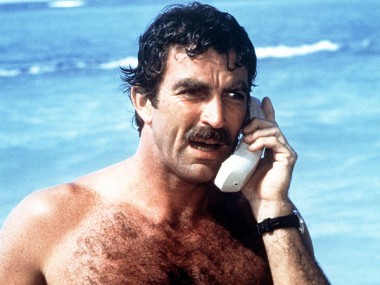 Literally six years ago, I was just another freelance writer getting sod all work due to the Credit Crunch and also because of my severe lack of talent when compared with other freelance writers. It was a scary time, it was my 9/11. I was alone in the upstairs room of a big flat that I shared with a load of guys with smelly dicks and ripe aftershave, I had no money, all I had was great internet access and a friend called Alan who could design websites for FREE. So I went to work, I raised a defiant finger to the thunderclouds crackling overhead, I yelled YOU CAN’T KEEP ME DOWN into the abyss, and I asked Alan to design me a website. What would it be for? He probably wondered. It will be a sumptuous feast of things that are interesting or, you know, just good, stuff I like basically… I answered a bit pretentiously. And that very day Interestment was born. Let’s call it Year Dot. Or, if you insist, we can call it 2008.

What happened next has been a wild rollercoaster ride. It started with a confusing array of small features – in one of them I spent four paragraphs describing a Twix, another early post was all about Ready Salted Hula Hoops. It strikes me now that I may have been getting a little bit too obsessed with snacking, but that’s hindsight and hindsight is a luxury that most of us live without. Of course it wasn’t long before Interestment found its groove. People started pitching in, they were bright and beautiful, great and small. I called them the Interestment Family and we started putting together LISTS of things, list after list – this was back in the days before Buzzfeed barged into the room, punched everyone in the cock and told them to back off from doing lists. Lists were a free-for-all. So there were LISTS GALORE. We also saluted bad moustaches, analysed iconic and uniconic album covers, once in a while I’d have a go at rehashing the day’s celebrity gossip, but from the point of view of the people reporting this endless tittle-tattle. Were these guys studying camel toes while spluttering cappuccino foam all over the office?

The recession then hit, and it hit hard like a juggernaut ploughing into a hamster. The site started championing cheap bargains, the kinds you could pick up from local charity shops or from wheelie bins in posh parts of town. At that point I didn’t have the money to go to the cinema, so instead I focused on finding wicked VHS tapes or DVDs for under a quid and then showing them on TV sets in a darkened room. I might do homemade popcorn to really get the vibe. Cheap outfits were applauded. As the summers crept around, the site churned out easy picnic recipes, and then during the winter, we’d look at warming feasts to radiate the cockles. We said Happy Birthday to celebrities, once in a while you’d find a sexy person from yonder olden times back where they belong, in their underpants being applauded for their looks. It was always important to make the site non-gender specific, so there would be cracking tits for the boys and a sexy image of Tom Selleck for the girls. The TIMES reviewed the site and called it an “irrepressible canter through popular culture”. Which apparently is a good thing, despite the words ‘irrepressible’ and ‘canter’ never having been used next to one another in any situation before or since. With the exception of just then.

It wasn’t long before other big websites like Holy Moly and AskMen caught wind of this strange phenomenon blustering in a gale from a bedroom in South West London. They started getting in touch, making polite inquiries like the mafia might if you were running drugs on their turf. Were we a threat to them? Were they quaking in their boots, worried we were going to steal a slice of their pie? The answer to all of those questions is that I don’t know. Probably not. As it happened, there was no need to worry, because it dawned on me fairly early on that Interestment was never going to make any serious green. It wasn’t even really going to make any stupid green. It became not about the benjamins, I was driven by a desire to create a positive and inventive website, where the only rule was not to be mean and not to go for easy targets or cheap laughs. At around that time, we set up a comedy night (with a mountain of help from Hannah I and Kishore), and Interestment Presents… Get Up Stand Up ran for over a year, catching up and comers like Rob Beckett, Romesh Ranganathan, Josh Widdicome, and Joe Wilkinson just before they totally upped and came. We stopped the night at its very peak. Mainly because we all had actual jobs and it was becoming hard to sustain working with heavy drinking AND a comedy night. Something had to give.

And lo, Interestment morphed yet again into something else. For a while it existed almost untouched, like a bar of chocolate at a “sausages only” picnic. The Family had ridden out the waves of unemployment, and most had found gainful employment dazzling the real world with their God given talent. For a while it languished like a turnip in a field, occasionally updated but without the vast numbers of yore checking in to see which movie had been setting a bad example, or which half-famous celebrity had been caught slumming it with civilians. This would probably have been the obvious time to look the other way while shooting it in the face, but I just couldn’t let it go. I tried, I even posted a short obituary, saying thanks to the contributors and goodnight to the small handful of regulars. But try as I might, I just wanted to keep it going, it was like a magnet pulling me back in, so eventually I was BACK. Writing for an audience of roughly three people. Mainly just once a week, a new list, or sometimes something a little more self-indulgent, like my woefully-uninformed views on feminism, or a little groan about the state of the world today. I started putting my record collection to good use by recording semi-regular podcasts, all of which feature great music, but none of which find a host dazzling with sparkling wit. Thirty-odd along and I’m still trying to find a way of speaking on the podcasts without droning on boringly or embarrassing myself by needlessly reading out part of a short story I’ve written. I’ve yet to strike the right balance there, BUT I WILL. Hopefully. And then most recently, in amongst the lists, the navel gazing, and the images of cows staring at you from a field has emerged a whole new section dedicated to SHORT STORIES. My current obsession, I love reading them and writing them, and already a few friends of the site have contributed with their own little gems. Check them out!

Anyway, it’s been a wild ride so far, it’s a site I’m still hugely proud of, so thanks for reading, contributing, or just glancing at it from time to time. Here’s to another half a dozen years!

Don’t know what to get your mum for Crimbo? Get her SPORNO!
Movies setting a bad example No10: Back to the Future

One Response to Hey everyone, Interestment just turned SIX!