Including these hilarious creatures… 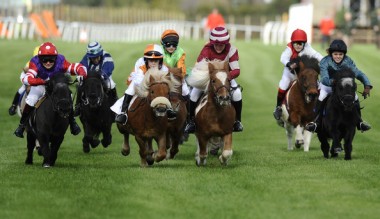 As anyone who’s ever visited this site before knows, Interestment remains silently agnostic in all areas of contention, from politics to religion to pretty much everything. So all of this debate about beautiful Scotland and her longed-for independence is a muddy water that’s probably best avoided, but I will say this: DON’T GO SCOTLAND. PLEASE. WE LOVE YOU. After all, were it not the brainiac Scotsman John Yogi Bear who invented TV? Then you’ve got Alexander Graham Bell who came up with the very first mobile. Sir Alex Ferguson invented hairdryers for men, Rod Stewart pretends to be a bit Scotch. Anyway I’m not entirely sure where any of this is heading, apart from towards a list of the ten greatest things about Scotland – not including the actual country and the gorgeous scenery and the movie Braveheart starring the great Arbroath man Mel Gibson. Those are a given…

Kenny Dalglish
He’s been in the game for about forty years yet no one has ever fully understood what Kenny Dalglish is talking about. Even Scottish people can’t make out his accent, he communicates using an intricate series of mumbles and coughs that make Jamie Carragher sound like Prince Charles.

Shortbread
The Scots have introduced some wonderful dishes to the world, among them haggis which finds mooshed up cow bumholes screaming for swift mercy inside a bag made of rotten stomach lining, porridge which is gooey oats with salt, nips and titties which is an immature way of me saying neeps and tatties, and then shortbread. Everyone loves shortbread.

Lorraine Kelly
Morning telly used to be absolutely rubbish – just a load of Open University lectures or black and white nonsense from the 1930s. Then along came Lorraine Kelly with her hair and her face and her Mrs Doubtfire voice. She’s amazing. Literally amazing.  Literally.

Kirsty Young
I adore Kirsty Young with every pore of my being, she should have her own TV chat show, she’d be like a lady Dick Cavett and I’d be the happier than a lion at an eat-as-many-deer-as-you-can African buffet. God I’m amazing at using imagery to quantify joy.

The Edinburgh Festival
For a few weeks every year the streets of Edinburgh become awash with laughter and students and people who enjoy gay things like THE ARTS and COMEDY. It’s basically like one endless panel show taking place near a castle.

Shetland Ponies
If you’ve still got room for a big belly laugh after the Edinburgh Festival, you’d be wise to visit to the Shetland Isles where they breed tiny little barrel-chested ponies that look absolutely hilarious. You’ll see them frolicking, scampering, strutting around trying to look sexy. Yet all the while they’re exactly the same size as a cat.

Gregory’s Girl
Great movie – how we’d fall about laughing during the bit where the hero orders some coffee and when the waitress says “black or white?” he says “broon”. Oh Gregory!

Orange Juice
When I was a lad in the 1980s, my mum took me, my brother and my sister to Woolworths and we all got to buy a 7 inch single each, and we returned home with Nightclubbing by David Essex, Ebony and Ivory by Paul McCartney and Stevie Wonder, and Rip It Up by Orange Juice. I still have the single, I’m pretty sure it was my choice.

Kedgeree
I always associate Kedgeree with Scotland, even if some would argue that it’s actually a muddled funny mirror interpretation of Indian food from Colonial times – the dish is covered in a million different fingerprints, but it was those Scottish guys who really ran with it. It’s got the lot – fish, rice, curry powder, parsley, butter, a bit of cream. Some eggs. A bit of salt and pepper. Peas if you want peas. Did I mention fish? It’s got fish. Curry powder. Rice?

Terrific news Everyone! Podcast #22 is fresh outta the oven!
Hey movies and TV shows, don’t draw a cartoon cock on it!