Including this absolute twat 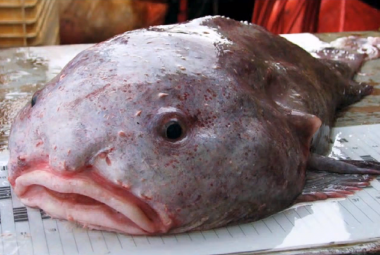 It’s been millions of years since a young middle class bohemian lad called Noah was instructed by God or Buddha or Allah to build a huge boat out of wood and gather up all of the species on the planet in pairs to join him and his wife on the trip of a lifetime. What happened next was that evolution kicked in, the animals went at it like rabbits, the world hurtled through time and space without exploding, and now we’re left with things as they are now. People walk merrily around the place, as do other mammals and birds and reptiles and, for some reason, geese. And with that in mind here’s a list of animals Noah should have probably ignored…

Cats – bloody cats man, felines, kitty kats, tiddles – lurking in people’s houses expecting to be stroked and cuddled even though two minutes earlier they were literally staring into your eyes while lapping away at their own anuses. They’re absolutely disgusting. Plus I’m very allergic to them.

Swans – when people say “I’m like a swan” they’re generally doing that analogy about being graceful on the outside but beneath the surface they’re flapping around for dear life, but when I say “I’m like a swan” I’m saying I’m sorry for behaving like a totally unforgivable fuckface. Me no like swans.

Blobfish – in the spirit of full disclosure you should probably know that I wasn’t even aware of blobfish before I started on this hilarious journey we’ve embarked on together, I just thought it would make a good picture. It’s got a face like a miserable old bugger who’s getting smellier by the second.

Pelicans – I don’t know a great deal about pelicans beyond them being creepy looking fuckers that eat fish whole and communicate in shrill squawks that cut though your nerve-endings and grind away at your soul. I also once had a dream about a psychotic one that wanted to kill me and I’ve never quite achieved closure.

Horses – my beef with horses has been going on for a while, and I’m definitely not making it up when I say that I was once surrounded by a gang of them while walking across a meadow and I thought I was going to get stabbed. They scared the shit out of me that day and that’s why if I was Noah I’d learn to ride something else. Possibly a cow.

Wasps – you can forgive bees most things because they fit in with the circle of life, they make honey which is delicious, it keeps you alive, tastes good on your toast, and despite the sting in their tails most of the time these guys will leave you alone because they’ve got problems of their own to deal with. Not so with wasps, natures most cruel and vindictive creatures, also short for White Anglo Saxon Pavement Sluts so you can’t win whatever way. Get rid!

Midges – when I were a nipper back in the 1920s you could spent thruppeny sixpunce and get a boat up to the isle of Arran where you’d holiday around a lake for a couple of weeks eating the local porridge. Sounds nice, but bloody hell the midges were a motherflippin nightmare. All itchy and annoying you’d spend most of the trip slapping yourself in the face and tearing at your own eyeballs to make them go away.

Jellyfish – the scourge of the oceans and the high seas, and probably the low seas and the middling seas, and all of the other waters like tarns and lakes and rivers and puddles. These beasts look all flabby and innocuous, but then they sting you and the only way to get any relief is to endure the public humiliation of someone taking their penis or vagina out and pissing on you while you scream. That’s just mean in absolutely every way.

Chinchillas – I’ve had many pets over the years, my first was a hamster called Bruce who eventually died of old age a couple of months after I’d bought him, I had a fish called John Solomon who committed suicide, I had another hamster called Snowy on account of him being white with red eyes like an albino. Those guys were all groovy as far as I was concerned, but the Chinchilla who shat all over my bedroom can sod off.

Right any more for any more?