Yes, including one by this old romantic 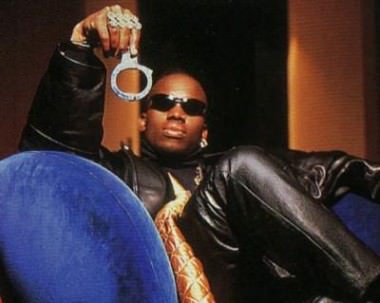 It’s Valentine’s Day, YES! Or perhaps NOOOOO! if you’re feeling alone and haven’t got a special someone in your life right now. You might be nursing a broken heart, you might be in the first throws of a beautiful relationship when you just can’t stop having rampant sex with each other, you might be enjoying the sturdy reliability of a nice marriage. Whichever way, there’s a love song out there for you, and it might just be one of these ten wonderful treats. Have a great day everyone, and don’t forget to trim your pubes down to practically nothing…

The lesson here (from the greatest singer of all time) is that even in a relationship that’s been trundling along like a steam boat for years you can still be romantic if you say sexy things to each other in French. We’ve had our ups and downs, explains Donny, but the important thing is that je vous aime… which means I LOVE YOU. It’s the kind of thing they say to each other in Paris or one of the other many French cities before proceeding to the bedroom to make unbelievably sweaty love to one another.

How Could You Break My Heart, Bobby Womack

On a bog standard stress-o-metre having your heart broken clocks in at around level 9 (with 10 being the maximum possible level of stress), so it’s really intense. Just ask the great Bobby Womack, who here uses his gritty sandpaper voice to maximum effect as he basically shouts at some cruel cow for daring to dump him. He’s swimming in a sea of outrage and sadness. BUT WITH FUNKY BEATS!

Make Me The Woman You Go Home To, Gladys Knight and the Pips

Joan Armatrading is a member of the thriving lesbian community so at a grass roots level this song is actually from one woman to another woman. She’s saying to that other woman “woo me girl, impress me, let’s touch boobs, MAKE ME FEEL SPECIAL”. And why wouldn’t you? She’s Joan Armatrading – a beautiful, strong, independent lesbian, and the great thing is that this song applies to any form of sexual relationship so you won’t feel alienated.

Thoughts of You, Dennis Wilson

It’s scientifically possible to love too much like Dennis Wilson is here. Listen to him, his stomach’s churning, his brain’s doing mad backstroke. He’s in one of those toxic relationships that just don’t work – perhaps you row too much, perhaps one of you is already sworn to another through the union of marriage? Perhaps one of you looks like Cindy Crawford on a good day and the other looks like Walter Matthau on his death bed?

You probably know Carly Simon better as the lady who sang You’re So Vain about you, but this song is her real tour de force. It delves into the various mysteries of the heart, most specifically focusing on the painful nature of being hung up on someone who’s a bit of a lemon. So if you’re hung up on a lemon this will sing to your very soul.

Return of the Mack, Mark Morrison

Don’t be fooled by the bravado, this isn’t a triumphant gangster fanfare it’s a heartfelt lament to a lost love. “You lied to me,” cries Morrison at one point, “even though you know I’d die for you.” He then says “ow” a lot. These are the sounds of a returning mackdaddy in genuine emotional pain, so if you’re feeling downhearted allow Mark’s words to inspire you and take you on a journey to better things.

PS I Love You, Curtis Mayfield

If you’re in a deep, loving relationship with someone you’ve known for many years – perhaps you started as friends and then one of you removed your glasses and became immediately hot? – this song was made for you. It features the finest falsetto in the history of music explaining to his woman that the underlying footnote to their very existence takes the form of a burning flame of love that will probably never go out. Fucking hell, I’m actually crying after writing that.

Rock With You, Michael Jackson

When it came to the ladies Michael Jackson probably wasn’t going to fireman’s lift you up the stairs or take you to heaven on a ski lift, but he knew his strengths, he knew he could obliterate the competition on the dance floor – hence this song which is basically about Jacko relentlessly pelvic thrusting the space directly in front of a girl for three or four very long, possibly awkward minutes.