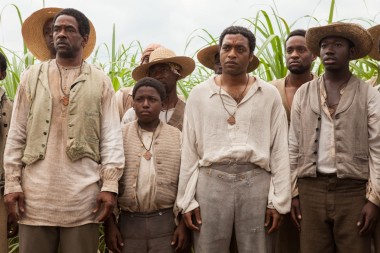 I’m not really one for doing big film reviews because there’s not much I can add to proceedings – that job has already been done by better, brainier and more encyclopedic movie watchers than me. They’ve told you the outline of the story and the names of the actors, they’ve assessed the director’s work, they’ve talked about awards or visions or used untranslatable words like “pastiche”, they’ve then cheapened the whole thing by condensing their thoughts into a pointless star-rating which seems silly, what with art being so subjective and everything.

Anyway my point is that I just watch films and hope that the worse case scenario is that I’m distracted for a couple of hours. The best case scenario is that a trip to the pictures will alter my outlook on life and remind me just how powerful cinema can be – the Star Wars/Empire Strikes Back double bill in 1982 that my mum took me to woke up my 6-year-old mind and changed the world, Pulp Fiction, Raiders of the Lost Ark and Point Break were all invigorating and fun, ET, Billy Eliot and Brokeback Mountain made me cry like a drain.

And now you can add 12 Years a Slave to my short list of mind-blowing evenings out in a darkened room with strangers, but for far more intense reasons than the others. I was joking beforehand that watching a serious movie about slavery on a Saturday evening in an independent cinema in Clapham where you can buy a bottle of wine as a refreshment is about as middle class as you can get and I’m not wrong – I’d arrived. But by the end all of my childish quips about social pretensions had been obliterated and I’d been battling tears for at least the last hour of the film.

It’s intoxicating and brutal, some scenes you’re begging for them to stop and to move onto something else, but without wanting to sound like a bearded Frenchwoman in a man’s blazer perhaps that’s exactly the point. Collectively as a race – A HUMAN RACE – we need to watch and acknowledge these uncomfortable scenes of white brutality and sadism to understand how we all got to this point. In the words of the great rapper Kool G Rap “my nationality’s reality” and movies don’t come more honest and more powerful than this one.

When the lights came up, the whole crowd left the cinema in single file, and in complete silence. I’ve genuinely never known anything like it.