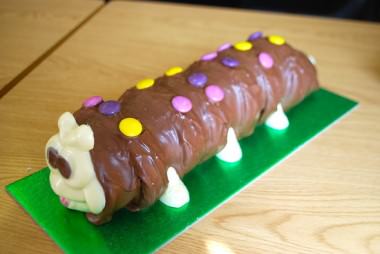 In December 2008 I wrote my first ever Interestment post which came with a few words of introduction to the site and a video of Glen Campbell singing Wichita Lineman for some daft reason, and here I am five years later still posting words and nonsense and opinions, and yet lots has changed. All that spraying of deodorant cans at the moon now means the world oscillates between boiling and freezing, back then I was signing on, now I work for actual money, back then I was hot, single albeit in the extremely early throws of a passionate relationship, now I’m married to my gal, we attend a gym class together once a week and it destroys me and our first dance was Wichita Lineman. The planet has zipped around on its axis literally thousands of times, political and social landscapes have probably changed beyond recognition, it’s been a wild ride. Here’s 10 lessons learned from five years of doing this thing…

1. Some people really hate hipsters like me – I never thought I was a hipster until I suddenly woke up one day and realised that I had a beard, a blog, a podcast, a Hawaiian shirt, lots of vinyl records, I was eating a pulled pork sandwich while smoking an opium pipe, and talking about places like San Francisco like they’re Mecca. I also compiled a list of the Greatest British Bands which stuck in everyone’s craw because I included obscure funk bands like Cymande and ignored horrible power-pop legends like Queen or Oasis. So far almost 100,000 people have read the piece, 99,938 of them immediately left the site thinking I’m an absolute penis.

2. People love marginally older women – in the early days of Interestment I’d feature lots of hot women, most of them from the past or of a certain age, and I convinced myself that there was no unnecessary objectifying going on because I was being somehow arch and post-ironic and by including a tiny little image of Tom Selleck at the bottom of each post I was also being absolutely hilarious. I now realise that I don’t know what post-ironic means. Whatever way, around 30,000 visitors have enjoyed my 2009 list of sexy ladies in their 40s, with each visit averaging around one and a half minutes which seems terribly quick.

3. No one is entirely sure what “cool” means

For a while back there when work was scarce and there wasn’t much to do, myself and top Family members Hannah I and Richard would head to specific areas of London to ask people ridiculously simple questions. We visited Camden to ask locals what bands we should be listening to, we never got around to getting holiday tips in Chelsea but we did ask people on Brick Lane “what is cool?” No one seemed particularly sure which was highly disturbing.

4. Putting on a comedy night is both FUN and FUNNY – from September 2009 until April 2011 there was an Interestment spin-off comedy night every month at the Bread and Roses pub in Clapham, and it’s something I’ll be forever proud of despite having little to do with it beyond spinning some records in the bar downstairs with Family member Hip Hop Sam. The real heroes were Hannah I and Kishore, who managed to orchestrate an evening of top entertainment each month, featuring some of the stars of today, only when it was still yesterday. Joe Wilkinson from Him & Her, Rob Beckett from the I’m a Celebrity NOW thing, Josh Widdicombe from that program on Four, Sanderson Jones who’s in lots of adverts, Lloyd Griffith our gorgeous MC, Daniel Simonsen who’s excellent, Jeff Leach who has a big unnecessary tatt on his chest, Romesh Ranganathan who is now causing big waves, Eric Lampaert who was in a Dizzie Rascal video, Brett Goldstein who is in Derek with Ricky Gervais, hilarious women Tania Edwards and Jessica Fostekew, Tom Rosenthal who absolutely died on his arse then somehow blamed us for it, and my own personal favourites George Ryegold and Tim Shishodia. We eventually retired the night for reasons of having too much else to do but for a while it was great fun.

5. Nothing sparks debate like newsagent food – back when I started compiling compelling lists for the site I thought it a real hoot to do them as Top Fours, the reason being that people tend to think in fives or tens and three would be far too Olympic for my needs. I was being contrary and hipsterish and putting my stamp on this crazy list phenomenon that everyone adores. Buzzfeed are now all over that shit like a rash upon a rash upon another rash upon a rash. I have no idea where I’m going with this except to say that I’ve noticed that people like to debate silly irrelevant things like tastiest chocolate bars or nicest crisps with far more passion, dedication and venom than they ever would world politics or “what’s the best religion at the moment?”. Humans really are bonkers.

6. Pam Grier is the most beautiful woman in the world – by far the most popular of the Forgotten Beauties has been the 1970s superwoman, beating off stiff competition from a host of other hotties, which is a hilarious sentence because it includes the words “beating off” and “stiff” while I’m talking about great looking chicks. You can probably see why I’m now an incredibly successful writer. Unfortunately the Forgotten Hunks didn’t go down quite so well despite featuring Dex Dexter (NOTE: usage of “go down” in a sentence about hot men. That’s another example of my talent.). 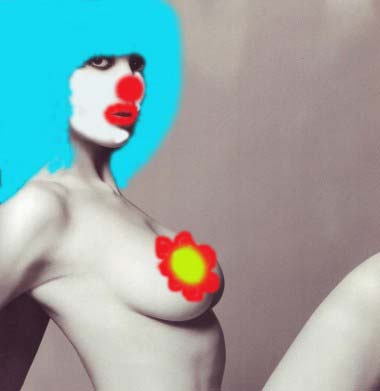 I’m not one to shy away from an idea if I think it’s amazing for even a split-second. Hence why I’m currently reworking the Goodfellas script as a girls-only stage play and why I’m a few weeks away from launching another site called MagTimes which will hopefully feature lots of brilliant journalists, editors, art directors and stylists telling excellent anecdotes about working on legendary magazines. One idea which really embarrasses me in hindsight is Celebrity Clownface, which I genuinely thought would be the next big thing. The premise was simple – you paint clown make-up onto celebrity photographs and submit them to a vast and unruly and colourful gallery. I’d literally just discovered PhotoShop at the time, and when no one took the bait I couldn’t understand why. Now I can. I’m actually blushing while I write about it.

8. People for the most part are completely groovy – back in 2008 I was ferreting away trying to get numerous posts up every day and it was exhausting for a cat (me being the “cat”, just trying it out) but thankfully some other cool monkeys have helped me out by writing stuff of their own and posting things and generally being super-hip and happening and if I could hug them all I would. I’m talking specifically about the Interestment Family, plus a handful of others. Thanks guys, stay amazing and always believe in your soul.

9. This site will never make money but I LOVE IT (aka the best things in life are free) – again we’re back in 2008 when I was taking it all way too seriously. Michael Jackson was still alive, I had a massive beer gut and a leather hat that rarely left my head, Interestment was reviewed in The Times THE ACTUAL TIMES and the people at Holy Moly got in touch to find out who the hell I was. I felt like the hot new kid on the block only not particularly hot and generally alone in my bedroom. Then I quickly realised that it’s near impossible to make bucks from something like this. So I now just write out of LOVE and in the hope that I’ll get better and better at it and eventually write something really really brill. Without wanting to sound like a wanker that’s genuinely enough for me.

10. I’ll shut up now, this has all been very self-indulgent – thanks for visiting. Take it away Glen Campbell…

Happy Thanksgiving Everyone! Here’s the exciting story about when I went to Alabama and things got real
The Top 9 things on your Christmas plate in order