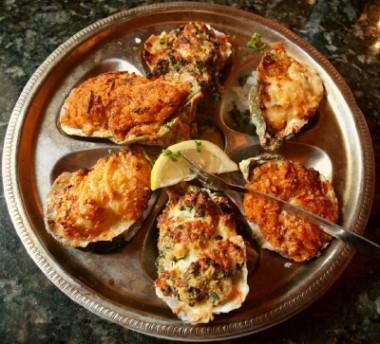 Not bragging or anything but I had a really nice meal last Friday and the cost of it was the equivalent of two pairs of good trainers, five pairs of chinos from H&M, eight mid-range frying pans, or one hundred and fifty pound coins lined up in front of a brick wall. In my world that’s a fuck of a lot and thankfully it didn’t disappoint me in any way whatsoever. That place was The Social Eating House in Soho and that person eating there was me and that person opposite me was my wife Hannah and it was her birthday and we were celebrating. This got me to thinking about the greatest dining experiences of my life, which you can now find listed below. Some of you might notice that there’s not much from my teens and twenties, the reason for which being twofold. Firstly, I didn’t have very much money then, and secondly I can’t remember eating a single thing between the ages of 12 and 29…

McDonalds (aged 5 or 6) – People forget that when McDonalds first invaded the high streets in the early 1980s it was viewed as exotic high art and no one could get their heads around it. We’d had bun-less burger and chips in Little Chef, but this? With gherkins! And no waiters and waitresses! No one knew what gherkins were. Which reminds me, what are gherkins?

The Social Eating House in Soho (aged 37) – I’ve literally just mentioned this place in the introduction to this piece, it’s expensive but delightful. I’m not very good at describing food because my taste-buds have two settings, “nice” and “not nice” otherwise known as “yes” and “no”. But this place is NICE (or YES). I recommend the pork followed by pudding then some cocktails.

Scrambled oeufs a la France somewhere (probably about 13 or 14) – During my early teens I traveled extensively around the middle region of France because I was very much a francophile and also because I was on holiday there with my family. They’d be talking about English things like cups o’ tea or the footie scores, I’d be translating Vanessa Paradis lyrics into Vulcan. It was a cool time to be a little bisexual boy. I have no idea where I’m going with this, I was just trying to tell you about some nice eggs I had in a cafe. I wasn’t even bisexual, I was all about tits.

Baked oysters in Alabama (aged 26) – I went on a press trip to Mobile in Alabama about ten years ago and had the weirdest time of my life. One highlight was being on a float that caught fire at the Mardi Gras parade, another involved an angry husband threatening to actually kill me with a gun for dancing with his wife, a pimp who knew James Brown asked me if I wanted to go with him to a place where there was “sweet pussy” (I didn’t, I was all good for pussy), I saw men in Grand Wizard KKK garb line dancing with their families, and I had amazing baked oysters in a restaurant. I didn’t even realise I liked oysters, or that you could bake them.

Opera Club Restaurant in Hanoi (aged 35) – Between the ages of 20 and 30 I could count my foreign holidays on one hand, but now that I’m an insanely successful writer my entire life is one wild technicolour ride after another all around the planet. By which I mean I now go away once a year. Two years ago I went to Vietnam, both figuratively and actually. While there I visited this wonderful Chinese restaurant and enjoyed some marvelous little spring rolls full of delicious treats like the meat from a pig’s face and the clitorises of dead shellfish.

Pizzeria Mamma Mia in Oxford (aged 9 or 10) – When I was an orphan back in Victorian times we’d traditionally spend our birthdays in a yearly tin bath washing soot from our eyes and hair with Sanex purifying shower gel and we’d dine on prosciutto and Black Forest Gateau at Pizzeria Mamma Mia in Oxford. “Don’t leave no scraps!” barked mother. Hang on, I said I was an orphan a minute ago – WHAT THE HELL’S GOING ON HERE?

A rib sandwich from The Rib Man (aged 36) – Listen, for a while there I liked street food as much as the next man, but all this elevation of burgers to something worth queuing round the block for hours for is doing my head in. I can’t stomach it, so you can keep your MeatCurtains and Patty & Bun and Burger or Lobster, but please don’t take away The Rib Man. The set-up’s simple, he takes a bap and fills it full of rib meat using his massive hands that are like spades made of flesh, then he puts hot sauce on it. What happens next is that my trousers tent, I start giggling, and you should probably look away.

Cheeky’s in Palm Springs (aged 36) – Say what you like about American guys but those cats know how to throw together a bite of breakfast. As part of my post-wedding world honeymoon tour I nipped into Palm Springs with my hot young bride and when we weren’t frantically making love on cliff tops while giant waves crashed into rocks we feasted on buttermilk pancakes with tiny bits of sweetcorn in them.

Full English at Fantasia in Clapham (aged 32) – For a brief window a few years ago I was unemployed. The men who fired me from my job blamed The Credit Crunch for making it impossible to keep me on, but in hindsight I’m not even sure it had happened yet. They may have been LYING to me. Anyway I was broke and signing on and without wanting to get too navel-gazey about it, the cooked brek that I devoured every fortnight after getting my dole money couldn’t have tasted better if you covered it in MSG and called it Doris McNorris.

Browns in Bristol (ages 19-22) – Back when I was a student in Bristol we’d literally spend all of our time sitting around doing peace signs at each other and listening to Bob Marley, so by the time my parents came to visit I’d be Hank Marvin, which is street language for saying I’d be hungry because Hank Marvin rhymes with “starving”. Think about it, Hank Marvin. Starving. WHO COMES UP WITH THIS STUFF! Anyway they’d take me to Browns at the top of Park Street and I’d launch into food like a wolf savaging a rabbit. I recommend the beef pie. It comes with a sensational savory lid.

Now tell me your favourite meal ever…

The best COCKTAILS to enjoy at home in front of the telly
Happy Thanksgiving Everyone! Here’s the exciting story about when I went to Alabama and things got real